Christopher Adams, one of the attorney’s representing West New York Mayor Felix Roque in a case alleging he took $250,000 in bribes, says the trial currently has a date set for November 29. 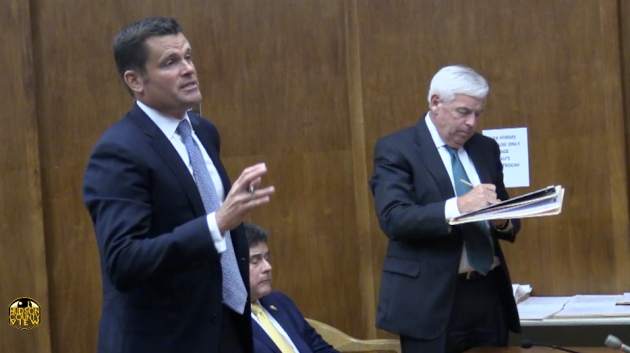 “We have been very specific that we want the first available trial date to have our day in court so that Dr. Roque will be vindicated on this last charge,” Adams said in an email.

Adams revealed the latest break in Roque’s case this morning, indicating that there must have been some sort of confusion with the court in light of yesterday’s story about their October 3 court appearance.

However, he must still answer a second degree commercial bribery charge.

“We have been very specific that we want the first available trial date to have our day in court so that Dr. Roque will be vindicated on this last charge,” Adams also wrote today.

Adams said that next scheduled hearing will see the court read a ruling on whether or not the state Attorney General’s Office, who indicted Roque in June of last year, will have “to turn over discovery they don’t want to share.”

Adams stated that the court had previously ordered the state to disclose this information, but they were subsequently asked to reconsider. He did not elaborate on what this aspect of the case did or did not entail.

Finally, he said that although the court wanted to postpone their pre-trial conference on Tuesday, it went through as planned after Roque’s team continued to push for no more delays prior to the trial.