Three days after union members with 32BJ SEIU went on strike at a Newport condo in Jersey City on April 28th, the condo’s board president allegedly fired a handyman, prompting some residents to suggest that a union busting scheme is underway. 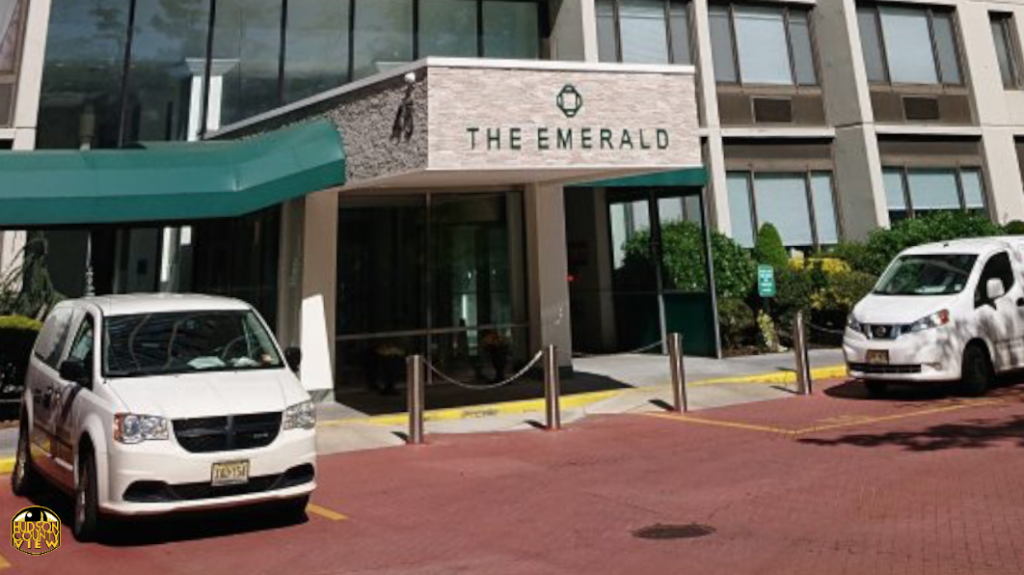 Juan Reyes was fired because Padman Palani and the property management company, First Service Residential, claimed that they have video footage of him taking the master keys from the lobby front desk and then putting them in his pocket on May 1st, family members told HCV.

In an email sent by the James Monroe Condominium Association, the board notifies the tenants that the keys went missing for three days and that it will be making changes to main door locks.

“While management has recovered the keys, we are concerned that the perpetrator may have made duplicate copies of the keys,” the email says.

“Thus, we are immediately replacing all cylinders of all our utility rooms and will be doing the same for all condo units whose main door locks can be opened by the stolen master keys. We are making these changes to the locks in an abundance of caution and to ensure the protection of our property and the safety of our residents.”

However, Reyes’s daughter, Yesenia, said that the keys were found the next day in the packaging room on May 2nd by co-worker Barbara Corela.

She believes that First Service Residential is deliberately targeting her father because the union initiated a National Labor Relations Board complaint on his behalf since he is asking to be paid over $18,000 in overtime pay by the property management company.

In addition, Reyes refused to sign a disclosure agreement pertaining to the reinstatement of his son John, who also worked at James Monroe but was fired for allegedly not performing his contracted work duties.

John Reyes then filed an NLRB case and won in arbitration, but Palani and the property management company are appealing that decision.

“They refuse to accept the decision to reinstate me because Palani is trying to drum up charges against all the workers so that he can take out the union one-by-one,” John Reyes said over the phone.

We spoke to several residents who noted that the reason Palani and the board want the union out is because they’ve spent more than $1 million in renovations and they don’t want to pay for a new union contract.

According to one resident, who wished to remain anonymous, Palani and the board are seeking a list of roll backs: a 20 percent salary cut, demanding that workers give up their seniority rights, no overtime pay after 8 hours, converting from a defined-benefit pension plan to a 401k plan, and the right to subcontract work out to a non-union entity.

That led the union to file an NLRB charge against the board for bad faith bargaining.

On top of that, other residents say, Palani wants to pay for the $1 million in renovations, most of which remains unfinished, by raising tenants’ monthly maintenance fees.

While residents signed petitions calling for Juan Reyes reinstatement, the condominium association reacted with another email that warned them that signing the petition could have consequences.

“Signers Beware!! Your petition signature may be misused to support the 32BJ Union and significantly increase your maintenance fee and our pension fund liability.”

However, the board is dismissing the survey because the author is anonymous.

“The premise of the survey is preposterous because it is not fair for unit owners to judge Juan without facts of the incident, and demand publicly divulge incriminating evidence which is against the law,” the condominium association board wrote in an email to tenants on Monday, May 11th.

” … This is a political trap, and we urge everyone to avoid falling for it especially since the author is hiding, hence has zero credibility until he/she comes out in the open.”

The union isn’t surprised by the board’s response and actions.

The condo board did not immediately return inquiries seeking comment.