A judge earlier this month ordered the release of documents pertaining to the Hudson County Prosecutorâ€™s Office Director of Investigations Gene Rubino that were originally denied, and resulted in a lawsuit filed against the New Jersey State Division of Criminal Justice and their Open Public Records Act custodian. 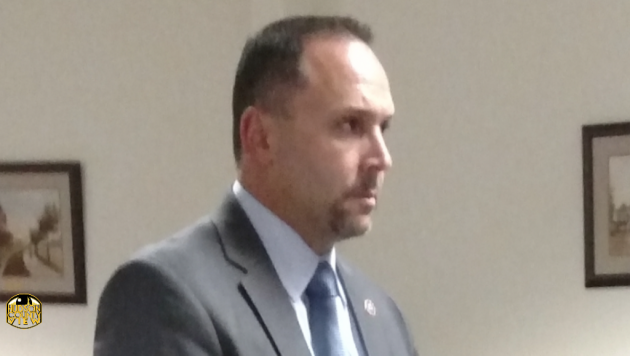 ButÂ Rubas’ records request was denied “on the basis that the documents sought were personnel or pension records â€¦ and work-protect[ed] privileges.”

Shortly thereafter, Rubas filed a lawsuit against the New Jersey State Division of Criminal Justice and its Open Public Records Act custodian. Jacobson on Jan. 3 then ordered that the letter was subject to release “because the documents address the experience required for the Chief of Detectives position.”

The letter, written byÂ by Veronica Allende, director of the state’s division of criminal justice, was sent to the Hudson County Prosecutor’s Office in Feb. 2019 informing them that its Chief of Investigations, Gene Rubino, “does not meet the requisite qualifications necessary to serve in the position of Chief of Detectives for your office.”

“This is consistent with the position we have taken and presented to you in numerous meetings and telephone conversations over the last few years,” she continued.

Rubino, who has worked for the prosecutorâ€™s officer since 1996, was made chief of investigations in November 2016 and had previously served as the acting chief.

He is unable to serve as Chief of Detectives with the HCPO because he has not completed a mandatory Police Training Commission training academy, Allende said in the letter.

After the letter was received, Hudson County Prosecutor Esther Suarez announced Rubino’s title had been changed to director of investigations.

Various reports suggested that Rubino held the position of Chief of Detectives despite not having the qualifications for the post. But a spokesperson for the HCPO maintains that Rubino never held that position.

“There is nothing in the law that states the ‘Chief of Investigations’ is required to be certified by the PTC or attend an Academy; that only applies to the Chief of Detectives and Detectives,” she continued.

Earlier this month, Suarez appointed Keith Lamont Stith, a longtime law enforcement official with the office, to chief of detectives. He is the first African American to hold the position.

It is unclear who — if anyone — held the position before Stith’s appointment.

Rubas, an attorney based in Manasquan and Jersey City, is the husband ofÂ Erin Burns Rubas, who was a detective with the HCPO and in 2018 filed a lawsuit against the agency claiming that her superiors — Rubino included –Â subjected her to “constant, continuous and repeated acts of discrimination” after she became a mother.

Rubas said his OPRA lawsuit is not necessarily tied to his wife’s federal complaint, but that his “interest in the documents sought was that I… maintain a significant law enforcement defense practice in Hudson County and many of those clients fall under the direct oversight of the Chief of Investigations for the Hudson County Prosecutorâ€™s Office, who is required to be a sworn law enforcement officer.”

“Now thankfully the documents are public, they can be used by any law enforcement officer in any administrative, disciplinary or other legal matter,” he said.