A Union City preacher that was convicted of molesting a 13-year-old boy in February 2015, and accused of sexually assaulting at least three more teens, has been apprehended by authorities in Honduras, Hudson County Prosecutor Esther Suarez announced.

Gregorio Martinez, age 48, a fugitive from justice who was a pastor and a deacon at several churches in Hudson County, was detained by local officials in Danli, Honduras on Tuesday, August 16. Confirmation of the detention of Martinez has been received by the U.S. State Department.

Suarez said in a statement that the apprehension of the fugitive defendant involved an exhaustive 18-month search and was achieved by an extraordinary law enforcement collaboration between the Hudson County Prosecutor’s Office and multiple federal agencies.

“This was a tremendous effort by our dedicated detectives and prosecutors, who persisted with this case by following a money trail until Gregorio Martinez was detained Tuesday night in Honduras,” Suarez said.

“This investigation involved the teamwork of several law enforcement partners and we are appreciative of the tenacious effort and dedication which led to his apprehension.”

The U.S. Marshals International Investigations Branch, the U.S.Department of State Diplomatic Security Services and Honduran Law Enforcement all assisted in the matter.

In February 2015, Martinez was tried by a Hudson County jury for sexual offenses against a 13-year-old male parishioner of his church.

On February 25, 2015, after less than 30 minutes of deliberations, the jury convicted Martinez of aggravated criminal sexual contact, endangering the welfare of a child and child abuse.

Prior to jury selection in this case, the Hudson County Prosecutor’s Office filed additional sexual assault charges against Martinez for sexually assaulting a 19-year-old male who attended the church he was a pastor at – which has not been identified.

Following the jury verdict in the initial case, the Prosecutor’s Office filed more sexual assault charges against Martinez for offenses committed against two additional 19-year-old men that he “spiritually counseled.”

Martinez failed to appear for a mandatory pre-sentence interview following his conviction in the initial case. A Superior Court judge issued a warrant for Martinez’ arrest because he failed to appear.

Suarez added that her office will now be exploring all options to secure the return of Martinez to Hudson County, where he will be sentenced and where he will stand trial on the additional charges. 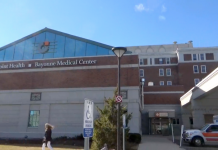 Police: Bayonne man arrested for punching hospital security guard before slicing him with a knife 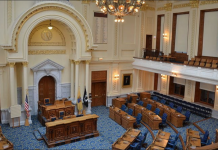