The resident involved with a 12-hour police standoff with various branches of law enforcement has been identified as a 27-year-old West New York man by Hudson County Prosecutor Esther Suarez. 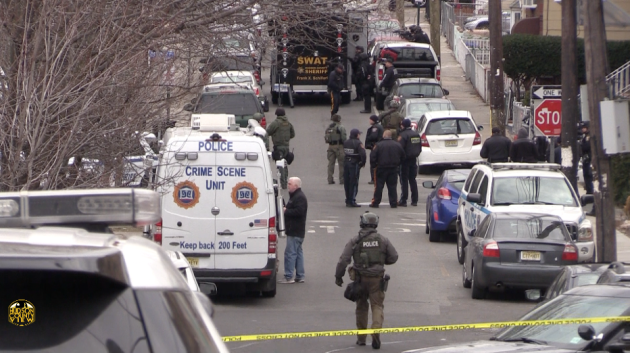 Yesterday, at approximately 2 a.m., the North Bergen Police Department received a report of a man with a gun on John F Kennedy Boulevard and at around 2:20 a.m. a man matching his description was spotted in the area, officials said.

As officers attempted to question Hernandez, he fled in a vehicle. In the process of fleeing, an officer and the officerâ€™s vehicle were struck by the vehicle Hernandez was driving, authorities said.

Additional officers pursued Hernandez several blocks into West New York where he exited his vehicle in front of 608 57th St. He then fired a weapon at the pursuing officers and one officer returned fire. Neither the officer nor Hernandez was struck by the gunfire, police said.

Hernandez then barricaded himself in the basement of the house at that location for several hours until he surrendered to police without incident at approximately 2:15 p.m., officials said.

After Hernandez surrendered, officers recovered a handgun and a shotgun with a high capacity magazine during a search of his residence.

Suarez praised the cumulative efforts of multiple law enforcement agencies that resulted in the peaceful surrender of Hernandez.

â€œThis was a spontaneous and extremely volatile situation that could have turned out differently but for the patience and hard work of law enforcement professionals,â€ she said.

â€œGiven the scope and magnitude of the situation, I am thankful that the matter was resolved peacefully.â€