A Jersey City man was charged with shoplifting from the Bayonne CVS and then fleeing from police after being caught, authorities said.

Kelvin Ortiz, 30, of Jersey City, was charged with shoplifting and obstructing a government function, according to Police Lt. Eric Amato.

Ortiz was taken into custody around 11:58 p.m. in the area of CVS, located at 560 Avenue C, for shoplifting $49.98 worth of merchandise, authorities said.

He was also charged with obstructing a government function after fleeing during the on-scene investigation, disregarding officers’ orders to halt, officials said. 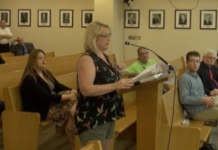