A Jersey City man was arrested in New Brunswick this morning for his role in a street fight where gunshots were fired in Bayonne back in October, police said.Â

During his arrest, Nunez was found to be in possession of heroin, marijuana, a drug scale and other paraphernalia, authorities said.

The warrants and charges stem from an incident that occurred on October 17, 2017 during
which the Bayonne Police Department received a call about a large street fight where gunshots were fired at the Dennis P. Collins Park basketball court, located at the intersection of 1st Street and Islandview Court, polie said.

The investigation into the incident also led to the arrest of the following individuals on riot charges:: 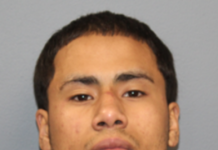