In an editorial, Hudson County Executive Tom DeGise lays out why Comcast doesn’t want you to know they dropped the MSG Network and MSG Plus. 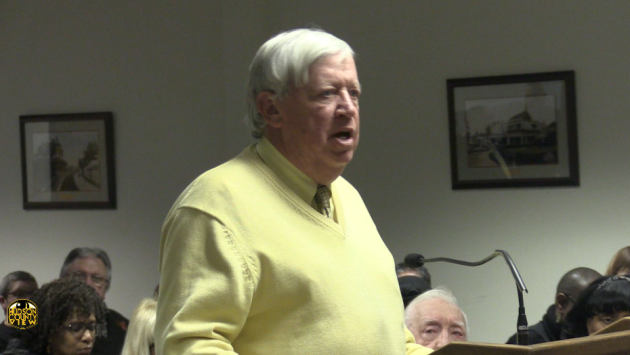 Imagine getting home from the grocery store and finding out you paid for something you didn’t get. Then imagine the store refuses to give you what you paid for – or even refund your money.

Or, if you’re a Knicks fan like me, imagine not being able to watch your favorite basketball team after being assured you would be able to.

If you pay for television, you don’t have to imagine that scenario – it’s most likely already happened to you.

TV providers are infamous for dropping channels under the guise of “protecting customers”, even as they bolster their profits by continuing to charge those same customers for the programming they no longer receive. Pretty neat trick.

Here’s how it works. Even though it’s entirely reasonable for consumers to expect a provider to carry all of the major channels in a market or, at a minimum, the networks they advertised at the time they bought a TV package, that’s not necessarily the case.

Buried in hard-to-find disclaimers and lengthy terms of service conditions is language that says the TV provider can change the channel lineup at any time and is not required to carry any particular channel.

So in reality, that means customers have no power over which channels are included in the TV packages they’re paying for. As a consumer advocate, that doesn’t seem fair, and I’m working to give consumers a greater voice in this process.

But an equally urgent question, particularly right now, is: are TV providers fully refunding customers for programming they paid for, but are no longer getting? You – as well as state’s attorney generals and elected officials – may be surprised and disappointed to hear how often that answer is no.

According to MSG Networks, Comcast had been charging customers in excess of $10 per month for those channels, and after dropping the programming, only rebated their customers $3.

This would mean that Comcast is continuing to charge more than $7 per subscriber, per month for channels they no longer carry – which adds up to millions of dollars every month that Comcast is pocketing at the expense of its customers.

Comcast and others have engaged in this behavior for far too long. Back in 2012, then Senate Commerce Committee Chairman Jay Rockefeller (D-WV) argued for “blackout refunds,” observing that millions of Americans were victims of programming disputes and should not have to pay “for services they are not getting.”

For the average consumer, standing up to their TV provider may feel like a lost cause, but there is hope.

In November 2020, at the height of the pandemic – when people were working from home and children were attending school online — Comcast announced its intent to roll out a new (higher) pricing structure for internet customers based on consumption.

Comcast wanted to charge more for broadband at a time when their customers were most reliant on it. Ultimately, thanks to significant pressure from regulators and lawmakers from multiple states, they backed off.

That’s why I’m using my advocate role to shine a light on the anti-consumer practice of continuing to charge for programming customers no longer receive.

TV providers like Comcast are banking on $7 in any individual’s monthly bill going unnoticed. But it’s your money, not theirs. And if you don’t stop them, they’ll keep doing it.

For instance, if you’re one of the Comcast customers in New Jersey, Connecticut or New York who lost MSG Networks, call your state Attorney General to tell them you want a full refund. Without your voices, TV providers will feel no pressure to change.

But if we all work together, we can make them do the right thing. It’s happened before. Imagine that.