Bayonne Mayor Jimmy Davis and challenger Jason O’Donnell will meet for at least one public mayoral debate before the May 8th municipal elections.Â 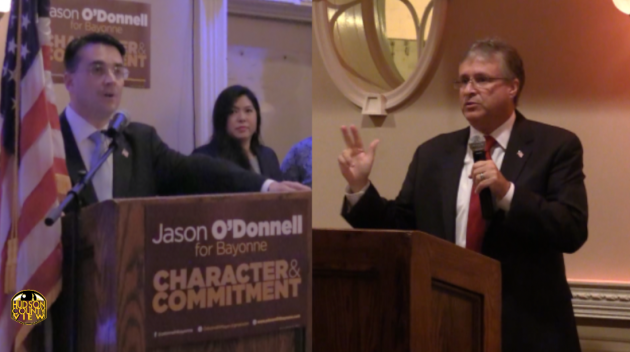 â€œSince this campaign began we have heard from thousands of residents throughout the city unhappy with Jimmy Davisâ€™ leadership. Instead of continuing to duck behind his many taxpayer funded, out of town mouthpieces, Mayor Davis should accept my offer to debate me in the three wards across the city,” O’Donnell said in throwing down the challenge.

“Voters deserve to hear from us directly on what we will both do as mayor about the many issues facing our city as well as on our overall vision for Bayonneâ€™s long-term future. Jimmy showed four years ago he will say anything to be elected before immediately going back on his word.”

O’Donnell also swiped at Davis over recent “photo ops” and continuing to portray “tax breaks for wealthy developers” as a good thing for the city.

While a campaign spokesman declined to comment, a source close to Davis said that the incumbent is currently focused on being mayor in light of the Twitter threats to the public schools and today’s expected nor’easter, among regular day to day issues in the city.

However, the source added that Davis would debate O’Donnell at least once before Election Day and both sides indicated they would be open to Hudson County View being part of the moderation.

A third mayoral candidate, Dr. Mitchell Brown, will also be on the May 8th ballot. He could not be immediately reached for comment.