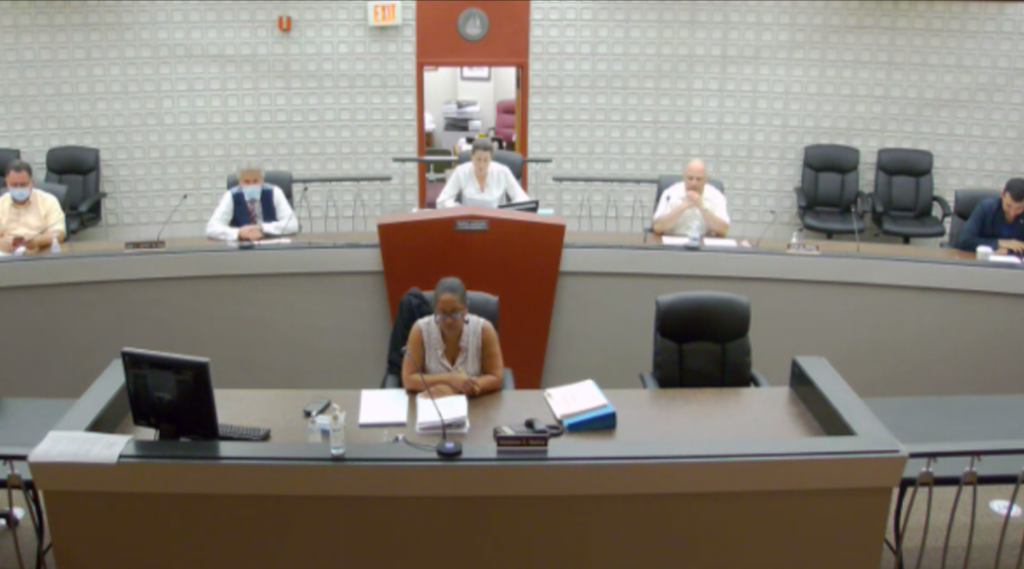 Be it resolved “that Mayor James Davis authorize and conduct an investigation into the terms and conditions of the separation agreement between the City and Mark Bonamo and whether such agreement violates the City’s policies and procedures as set forth in the resolution dated November 9, 2016, the City’s adopted employee handbook and the past practices of the City,” the local legislation says.

“The Mayor is further directed to provide a report to the Municipal Council regarding the results of the investigation.”

Bonamo was hired by the city in October 2019 and was paid until April of this year, despite working his last day in January thanks to a voluntary separation agreement, as HCV first reported.

Nadrowski contends that agreement was improper since the aforementioned resolution approved in 2016 since is did not allow further accrual of sick time after July 1st, 2017 for any employee who has not banked 100 days of sick time.

She introduced the resolution at last night’s council meeting as an add-on item, though it likely won’t be on next week’s agenda since she did not receive a second.

A potential mayoral challenger to Davis, Nadrowski, who has not announced any plans yet for 2022, said she will continue to introduce the measure at each meeting until it receives a vote.

“Following the information received regarding Mark Bonamo’s resignation and further compensation, I felt that it was part of our responsibility as council members to further look into this. I’m very disappointed that my colleagues do not feel the same way,” she said in a statement.

“The agreement entered between Mark Bonamo and the Bayonne Law Department was a violation of city policy, plain and simple. I still feel that the residents of Bayonne, who live and pay taxes here, have a right to know what happened, how it happened, and why it happened.”

Menendez on GOP senators voting against Trump impeachment: ‘This is pure...