The North Bergen Board of Education had “a litany of excuses” not to reform public fund spending after receiving recommendations following a 2019 audit, Acting New Jersey Comptroller Kevin Walsh said today. 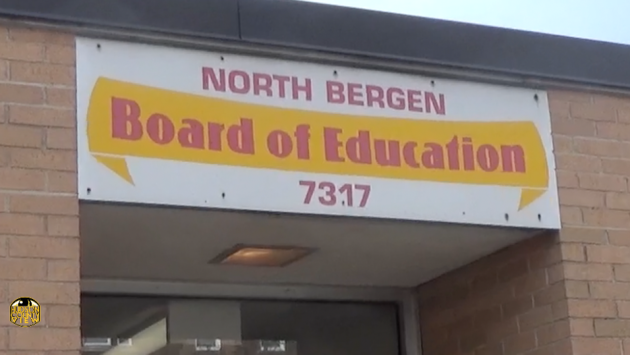 “School Districts receive our taxes. We are entitled to expect them to be careful with the funds we send them. We at minimum expect them to not waste the money and to comply with the law,“ Walsh said in a statement.

“We expect them to avoid favoritism and encourage competition before entering into contracts. North Bergen School District is failing in some of the most basic ways to protect public funds – even after our 2019 audit highlighted these problems.”

A 24-page follow-up report released by the comptroller’s office today says that they indicated that they made 15 recommendations in their August 1st, 2019 report.

Of those alleged issues that haven’t been addressed, the district has not developed detailed policies for employee benefits, has not eliminated vacation leave payments, renegotiated collective bargaining agreements, or reviewed its wasteful and excessive employee benefits to align its practices with state law – among other thing including utilizing outside law and public relations contracts.

“With the exception of providing notice to OSC regarding contracts valued over $2 million, North Bergen has failed to implement any of our other recommendations for bringing its policies and procedures in line with state procurement law,” the report asserts.

“The mere mention of the risk of awarding contracts based on favoritism should be enough to get North Bergen moving quickly in the right direction. Instead, they provided a litany of excuses for not fully implementing 13 of our 15 recommendations.”

Superintendent of Schools Dr. George Solter said in a statement that many of the recommendations are not legally required or would violate collective bargaining agreements – opening the district up to litigation.

” … We find it unfortunate that the state is asking the district to comply with these onerous mandates at the same time that it is severely cutting funding to our local schools. Even while enduring these funding cuts, the district has pursued major improvement projects while continuing to be at or under the 2% state property tax cap, and its bond rating was upgraded twice in recent years proving its strong financial position and effective management,” said Solter.

” … Given the extraordinary level of cooperation that district officials gave to the Comptroller’s Office, the fact that the majority of its recommendations have now been adopted, and the district’s proven record of effective management, we strenuously object to OSC’s accusatory and sensational tone and we cannot help but feel that North Bergen has been unfairly targeted when many other districts lack our record of financial management and are not subject to these kinds of unfair public attacks.”

Solter also noted that the district passed the state QSAC auditing process with “high performing status in 2017 and 2020 and that annual independent audits have shown no significant issues.

The OSC is now requesting that the district submit further information regarding their compliance by October 26th, and then every 90 days after that until further notice.

This is the second time this month that the OSC reviewed policies in Hudson County, revealing that Hoboken, Union City, and West New York were among 57 municipalities across the state violating sick leave payouts.

Sacco checks up on puppies as NB animal hoarder faces 79...