Gov. Phil Murphy (D) said that he anticipates more New Jersey counties will get out of contracts with U.S. Immigration and Customs Enforcement (ICE) in the foreseeable future during a brief question and answer session with the media in Hoboken today. 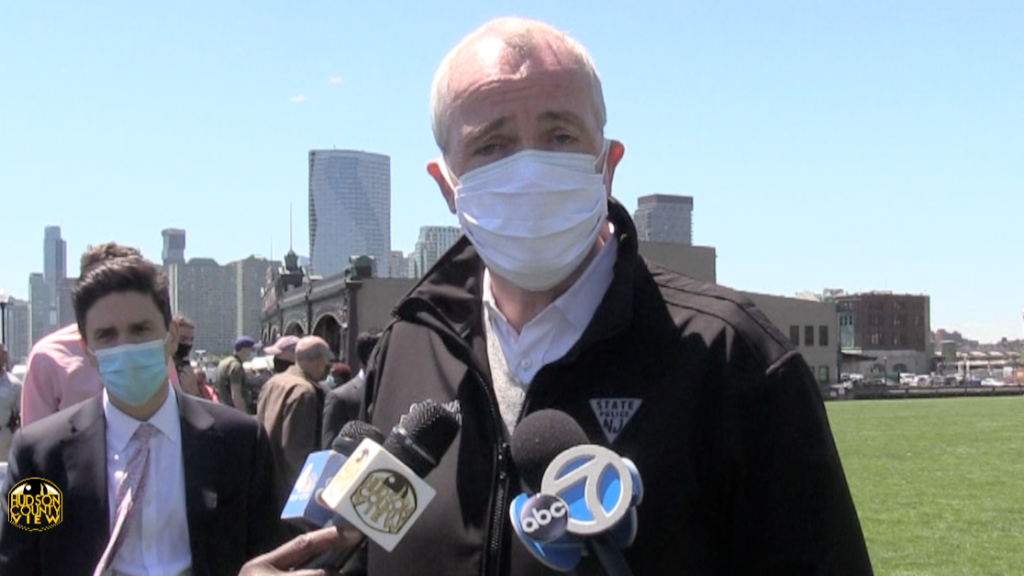 “I was gratified to see the step that was taken in Essex County and I think we kind of predicted, with the turn of a page of a new federal administration, that would have a much more enlightened view on immigration and immigration policy and that’s a huge deal for us,” Murphy said after the Rebuild by Design groundbreaking.

“Because we are, by many measures, the most diverse state in America including a lot of newly arrived immigrant brothers and sisters and we want to treat them the way they deserve to be treated so it’s a good, positive step and my guess is we’ll see more.”

On April 28th, Essex County Executive Joe DiVincenzo said they would be phasing out their agreement with ICE by the end of August by housing prisoners from Union County, whose jail will be closing most operations this summer.

The next day, Hudson County Executive Tom DeGise said they were “determined” to follow suit, a sentiment that was echoed by Board of Commissioners Chair Anthony Vainieri (D-8).

Advocates weighed in at the Hudson County Board of Commissioners meeting that night, calling on Hudson not to make up their lost revenue through more incarceration.

Additionally, U.S. Rep. Albio Sires (D-8) said on Monday that he was “all for it” if Hudson gets out of their ICE agreement, though noted that he’d like to see a plan for the detainees first.

Other North Jersey counties that have agreements in place with ICE are Bergen and Union, though the landlord of the CoreCivic detention center in Elizabeth filed a lawsuit on Monday to terminate their lease – alleging dangerous living conditions – as Gothamist reported.

Recently, New Jersey immigration advocates have called on Congress to find a path for citizenship for 11 million undocumented individuals across the country (which Biden advocated for last week), while also asking Murphy to provide COVID-19 relief funds to this community.

While Murphy’s office floated a plan to allocate $40 million of American Rescue Plan funds to undocumented immigrants, those plans haven’t been set in motion yet.

Additionally, CNN has reported that arrests and deportations have dropped under President Joe Biden (D), though he has still faced significant scrutiny over his approach to dealing with migrant families.