U.S. Sens. Bob Menendez and Cory Booker (both D-NJ), along with U.S. Rep. Albio Sires (D-8), have announced $5.9 million in state Department of Environmental Protection funding being allocated to improve ferry service to the Statue of Liberty. 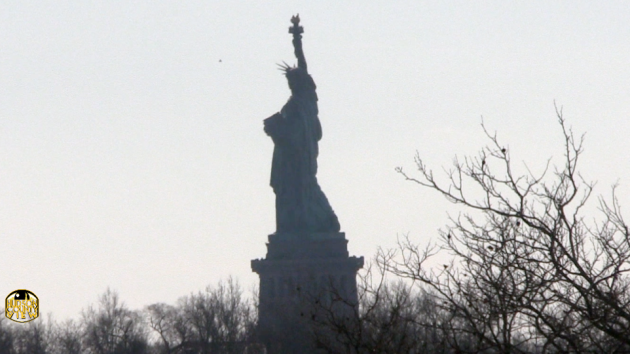 The federal funding will go towards upgrades and improvements to the ferry docks at the Central Railroad of New Jersey Terminal at Liberty State Park in Jersey City.

â€œThe Statue of Liberty and Ellis Island are lasting symbols and tell the story of our nationâ€™s vibrant immigration legacy as a country founded by and built upon immigrants coming here for a better life and a chance at the American dream,â€ Menendez said in a statement.

â€œMillions visit these historic landmarks each year. Modernizing ferry service to and from the islands will allow more tourists to share in the experience while also strengthening our local economy. As more and more people learn about our rich immigration history, itâ€™s my hope that it will lead to greater tolerance and acceptance of the new wave of immigrants settling in our nation.â€

The new dock space will eventually have six docking points to accommodate both Statue of Liberty and Ellis Island ferries.

“Ellis Island and the Statue of Liberty are beacons of hope and freedom to the entire world,â€ added Booker

“Millions of Americans and tourists visit these historic sites each year and are reminded of how this country was founded as a land of new beginnings and opportunity for people from all races, creeds, and religions. Making much needed upgrades to the islandsâ€™ ferry service will improve the experience for those visiting these powerful American symbols.â€

After Ellis Island opened as an immigration processing center in 1892, the CRRNJ was often the next stop for new immigrants before settling in New Jersey or traveling to other parts of the country.

By 1900, the terminal accommodated up to 50,000 people per day between ferry and train services. Because of a decline in train travel, the CRRNJ declared bankruptcy and ended passenger operations by the late 1960s.

By the next decade, the terminal and surrounding area was purchased by local, state and federal funds and a massive cleanup campaign began before the building was added to the State and National Register of Historic Places.

â€œThis project will help improve the ferry service to the Statue of Liberty and Ellis Island, allowing more people to enjoy these landmarks and learn about our diverse history as a nation,â€ Sires explained.

â€œFor myself, and so many more, the Statue of Liberty represents what our families saw when they came to America, a place of freedom and opportunity.â€

Tourists from across the world now use the CRRNJ terminal to catch ferry service to visit the Statue of Liberty National Monument and the Ellis Island National Immigration Museum.

500 people receive COVID-19 vaccination at county site in Kearny during...