U.S. Sens. Cory Booker and Bob Menendez (both D-NJ) are calling Tuesday’s fatal shooting in Jersey City an “inhuman attack on our Jewish community” and law enforcement in light of the event being declared domestic terrorism and a bias crime. 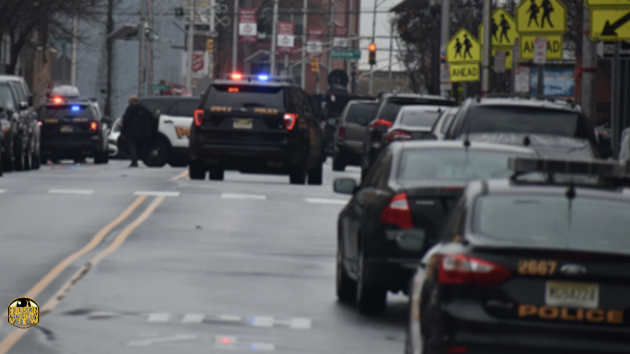 “The targeted attack that terrorized the streets of Jersey City and took four innocent lives appears to be fueled by anti-Semitism and hatred towards police. This is not who we are as New Jerseyans or Americans,” the senators said in a joint statement.

“These reprehensible acts might test our faith, but we must steadfastly commit ourselves to creating a world where no family member or community has to endure the pain felt in Jersey City right now.”

“This inhuman attack on our Jewish community and the men and women of law enforcement who risk their lives each day to protect the public was an attack on all of us who call New Jersey home, on our values and our belief in religious liberty and human rights.”

Earlier today, New Jersey Attorney General Gurbir Grewal declared that the incident will be investigated as a domestic terror and bias crime, given that there is significant evidence that the two shooters had anti-Semitic and anti-law enforcement motives.

The federal lawmakers also praised the work of all the first responders, as well as sending condolences to the families of slain Jersey City Police Det. Joseph Seals, Moshe Deutsch, Mindy Ferencz, and Douglas Miguel Rodriguez.

“New Jersey is the most diverse state in the nation, where we take pride in welcoming people of different faiths and backgrounds, and live together as neighbors, friends and coworkers in pursuit of our shared common goals,” they continued.

“Our strength is rooted in our differences and our ability to worship freely. There is no room in our communities or in our hearts for this evil. Not today, not tomorrow, never.”