In a letter to the editor, Hoboken resident Ed Reep contends that the “Leadership that Listens” board of education slate wants the city to be a “high-tax bedroom suburb.” 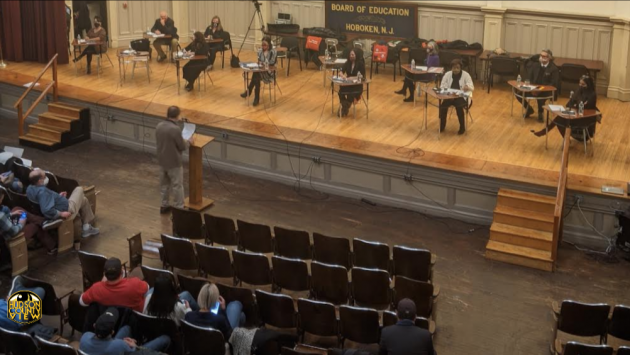 If you’re looking for a town with a particular character, school district, or even political climate, you can probably find it not far from here, all while staying in state and a hop, skip, and jump from whatever office you may commute to occasionally while working your mostly remote job (if you’re “that type of worker”).

Hoboken, New Jersey as it exists in 2022 is one of the state’s most unique cities given how walkable, culinary, and nightlife-friendly it is.

Many say that our sports bar scene is superior to that found in New York City, and there is no better place to grab a bottle of wine with some Italian food and then take an evening stroll alongside the most beautiful riverfront in the whole country.

We are rightly family friendly to an extent, but a huge portion of the city’s residents are yuppies, empty nesters, and fully-devoted pet parents, not even mentioning the college students in what is technically a “college town”, and we are specifically in Hoboken because it is not like those bedroom suburbs along the train line, some of which can have an even higher cost of living despite being farther from “The City” because of their tremendous school taxes.

Those select communities on the train line are all about having the nicest schools possible—that’s their claim to fame and competitive differentiator.

If you as a Hoboken resident want to live in a place like that and can afford to move there, please do! I grew up in a town like that, and it was lovely for what it was.

You can still also find great bars and restaurants, even in walking distance too of your abode or at least whatever transit hub is nearby.

If you’re at the point in life where you think raising property taxes tremendously to create the nicest schools possible is a good idea, you probably don’t need all the nightlife Hoboken has to offer.

Fortunately, it is not outrageously costly to emphasize the fundamentals like reading and math. Nor is it outrageously costly to maintain / invest in adequate school infrastructure that can provide full effective classroom instruction to students as well as extracurricular options for them in line with what many other school districts in New Jersey offer.

The city also has bonus options to leverage further resources and facilities in and around the district, an advantage of being “a tiny big city” with a swanky university in it.

Unfortunately, in the competitive Board of Education race going on in the city, we have three candidates in the “Leadership that Listens” slate up for election who want to destroy Hoboken’s almost Paris-like urban charm and turn it into another high-tax bedroom suburb (that happens to have brownstones).

They’ve already shown this to be their intention by trying to foist a $241 million luxury high school onto the town in January’s failed referendum, an amenity-filled palace that would make even the snootiest most expensive enclaves in Bergen County blush (I’m allowed to make fun of Bergen County since I grew up there).

And in the only Board of Education debate, the team has more or less double-downed on their intentions. See the verbatim transcription below of a rather clear statement by “Leadership that Listens” slate member Mr. Antonio Graña.

“We actually in Hoboken have a history at the local tax level of actually not taxing like other communities do. I think last time I checked it was about 29%, so we have to be cognizant that as a community that a lot of people make choices about where to live and their investment in public schools—many people actually leave and go to other towns that charge twice the amount of taxes because they know that investment goes directly into their public schools. So I would argue that relative to many other places our taxes are very—relatively low.”

Mr. Graña thinks Hoboken’s taxes are too low, yes! I guess he wants Hoboken to quite literally go the route of Jersey City, which saw many slammed with thousands of dollars extra on their yearly tax bill due specifically to actions and inactions taken by their Board of Education. This isn’t hypothetical, here.

Board of Education elections are serious business with real ramifications that cause people to have to leave town and can even ruin their lives.

The folks in the “Leadership that Listens” slate are exactly the kind of people who will think it’s a valid point in a debate to mention the extracurricular preferences of their individual children, as though building a regulation-size swimming pool or ice hockey rink for their child is a Christmas gift and not a careful investment from the entire taxpaying community.

Yes, such arguments were made!

I know they say that married folks with children are those most likely to vote in local elections, and families in Hoboken should of course vote and hopefully vote to maintain Hoboken the awesome way it is with a mind towards good stewardship of the education.

For those without families (or for those who have pet families instead), it’s imperative that people vote against the “Leadership that Listens” Board of Education slate, Mr. Antonio Graña and his likeminded snooty friends Ms. Leslie Norwood and Board of Education incumbent Alex De La Torre (though Leslie is the most likeable and moderate of the three).

The future of Hoboken as we know it depends on stopping these folks from getting power and wreaking havoc with high taxes and opulent spending on school amenities so that they can extend the bedroom community mindset all the way to the Hudson River and wipe out any sense of hip urbanism and “the cool life” in all New Jersey!

The high taxes they bring will cause a suburbanizing cascade in the city, displacing residents to make way for a newer demographic less interested in our awesome nightlife and experiences.

This Board of Education election on November 8th is of existential importance for all residents in the city, particularly my yuppie brethren.

It will all be over if we don’t stop “Leadership that Listens.” The candidates’ debate last Friday proved it.

Secaucus Public Schools to close next week, students to use Google...

Jersey City residents will be able to park in school parking...