In a letter to the editor, Jersey City resident Aaron Golembiewski says that Jersey City United, which consists of Luis Felipe Fernandez, Asmaa Abdalla and Matt Schapiro, is the best team to serve on the local board of education. 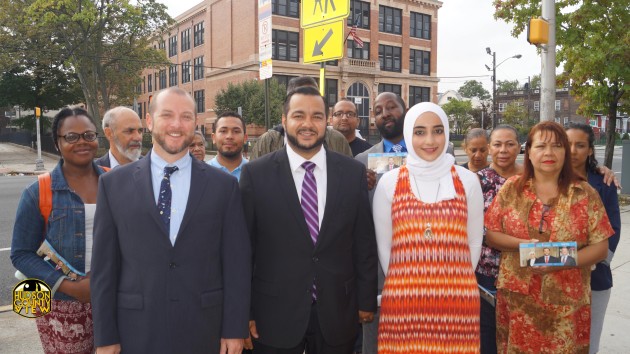 The Jersey City United team of Asmaa Abdalla, Luis Felipe Fernandez and Matthew Schapiro is in the best position to move Jersey City forward. We have critical decisions to face in the next year, including an all important negotiation of teachers’ contracts.

I like teachers, as does the Jersey City United team. Teachers are one voice of many that the Board of Education needs to consider in this critical contract negotiations, along with kids, parents, district leadership and residents. We need a team with the balance, independence and diversity of Abdalla, Fernandez and Schapiro.

Unfortunately, the Education Matters team (a fine group of people, as well) is wholly tied to the Teacher’s Union for funding and campaign strategy.

With only the union’s voice in their ears, they’ll lose that balance, independence and diversity of thought we need on the Jersey City Board of Education. Again, I’m pro-teacher…and I am also pro-every other stakeholder.

I ask you to join me in striking that critical balance with your support of Asmaa Abdalla, Luis Felipe Fernandez and Matthew Schapiro as you vote down ballot in the next election.

LETTER: There is zero doubt in the current leadership at the Bayonne BOE