In a letter to the editor, Hudson County Regional Jewish Council Co-Founder Joshua Einstein explains how Greenville and Bergen-Lafayettte could welcome Hasidic Jews to Jersey City.Â

The Greenville and Bergen-Lafayette neighborhoods of Jersey City are changing. Part of that change is from the Hassidic Jews moving into the area and has been the cause of discussion both in Jersey City and in the Jewish community of Hudson County.

To truly understand the situation, one must understand an essential fact about the Hassidic community â€“ that they are an umbrella of a number of cults within the Jewish community.

No community likes to expose its dirty laundry for fear that the larger society will judge them by the actions of the fringe minority, but it is important that the Jewish community be open and honest with ourselves, our friends and neighbors in these two neighborhoods,
and the larger Jersey City and Hudson County community about the challenges we all face.

Hassidic Judaism was born in the 18th century in Eastern Europe as a revolutionary anti-
establishment movement that focused on spirituality and the idea that anyone could connect to the divine without being part of the Jewish religious elite of the time â€“ the tiny minority of Jewish men learning Torah (Bible) and Talmud all day.

Hassidic Judaismâ€™s populist appeal was aided by the desire for hope in the face of periodic pogroms (violent mobs) targeting the Jews which murdered anywhere from dozens to thousands depending on the pogrom.

What began as a decentralized and fluid reformist movement for the average Jew on the street overtime became a series of calcified cults of personality centered around Rabbinic dynasties led by Grand Rabbiâ€™s (referred to as â€œRebbeâ€ by their followers).

Though these sects often present themselves as authentically Jewish, their traditions and values are antithetical to the vast majority of the mainstream Jewish community, they (as organized groups) are a burden to society at large, and are dangerous for many of their followers.

Hassidic groups, with limited and marginal exception, do not teach secular studies in their
schools, keep their followers barely literate in English, have demonized the outside world, teach women that their primary social â€œvalueâ€ is in producing as many children as possible, and must follow the directions of their Rebbe or they will be excommunicated.

When one is excommunicated or leaves the Hassidic community not only are they cut off but their family mourns them as if they are actually dead.

As a result of the demonization of education and the outside world, the Hassidic public is generally unprepared to support a family despite their culture of early marriage and children at the age of 18.

To support themselves a huge portion of them have relied on public assistance and welfare programs.

Of the roughly 15 million Jews in the world, Chassidic Jews make up about half a million.

They are a small minority yet the Jewish community generally avoids criticizing them publicly out of shame and the misguided belief that in time they will normalize.

The larger Jewish community, religious and not, has remained silent because highlighting the Hassids would mean putting a spotlight on the Jewish poor, illiterate, and a heavy concentration of child and spousal abuse â€“ things no community is proud of.

The political world loves Hassids because courting the Rebbe of a particular Hassidic sect, which is concentrated in one place and who will be instructed by the Rebbe on whom to vote for, is easier and less time consuming than actually getting to know voters.

As a result, Hassidic private schools have received tax payer funds for secular education that is supposed to be on par with the local public schools but numerous investigations prove they have not actually met the requirement to teach secular education such as English, science, history, or math.

They have ignored zoning regulations in towns in which they are a significant portion of the population with the impunity of a community that knows it has political power because it votes as a block.

The discussion over new comers has largely remained non-sectarian in that the residents of
Greenville and Bergen-Laffayette are asking for commonsense courteous policies like refraining from constant door solicitations and the equal application of municipal zoning regulations.

The Hudson County community should hold politicians accountable and make sure they know courting the Hassids as a voting block (as opposed to treating everyone as individuals) will not be tolerated and will have negative political consequences.

Finally, the Jewish community and people of all faith (and none), should work together to show those that want to leave the almost hermetically sealed Hassidic communities that there is a way out of the system that traps many in abuse, English illiteracy, and deprived of the social capital to support themselves in the outside word.

Editor’s Note: The views expressed in the letter do not in any way, shape, or form represent the Hudson County Regional Council, a committee of the Jewish Federation of Northern New Jersey. The Federation is a pluralistic and inclusive organization committed to supporting Jewish life in Hudson County in any and all forms … As such we strongly oppose the views expressed in the letter because they do not represent the mission of our organization or the values of our supporters nor does the statement reflect any organizational view or position. 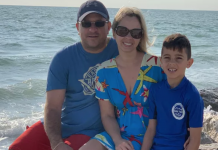