In a letter to the editor, Hoboken council members-at-large James Doyle and Emily Jabbour denounced the $117.6 million budget approved by the governing body last week, arguing that “a relentless political vendetta” will likely lead to a layoff in the mayor’s office. 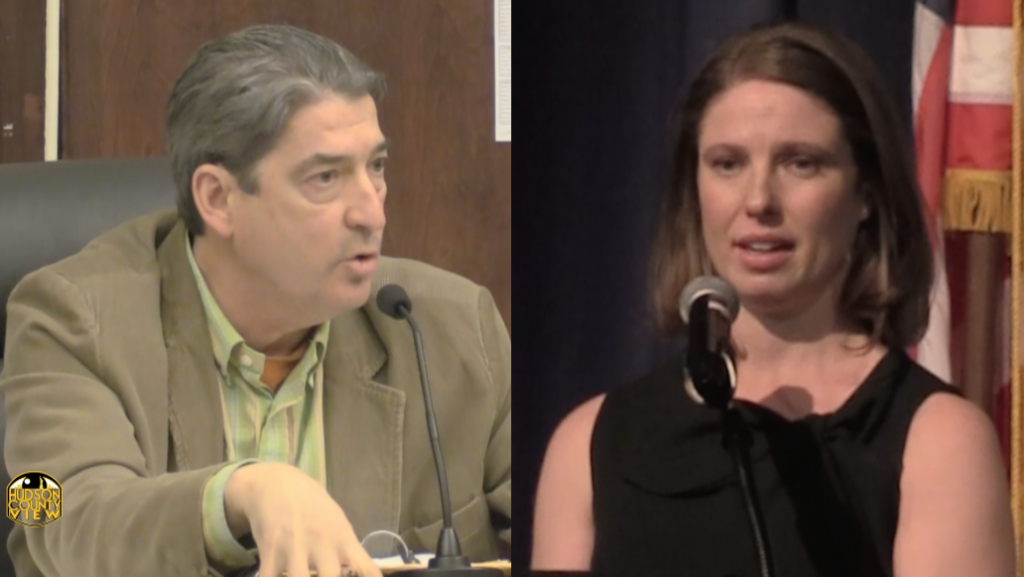 Itâ€™s disappointing, although sadly not surprising, that Councilwomen Fisher, Giattino, along with Councilmen Cunningham, DeFusco, and Ramos, have chosen to support underfunding important portions of the City’s budget in their attempt to force the administration to make untenable choices for cuts, such as the funding of the fight against the Monarch towers on our waterfront.

Their relentless political vendetta against Mayor Bhalla is embarrassing and a detriment to the sound running of our City.

While they blandly describe it as “doing more with less”, these five members of the council have shamelessly targeted certain employees, such as Jason Freeman of the mayorâ€™s office, by cutting salaries from certain offices to such a degree that would necessitate dismissal from employment.

They cower behind statements like, “we did not and cannot cut specific employee’s jobs,” but the reality is that while the council, by law, cannot cut a specific individual’s pay, it can attempt to surgically cut funds to achieve that end.

It is sad when, instead of allowing debate at the Council meeting to discuss the identified underfunding of the budget, including the effective elimination of Mr. Freemanâ€™s salary, Council President Giattino shut down any discussion or dissent and instead rushed to call for a vote.

That lack of respect for the deliberative process, for fellow council members, for the Mayorâ€™s office, and for the budgeting process as a whole reflects poorly on the Council.

Editor’s Note: The City Council approved a $117.6 million budget last week, with the five members who voted in the affirmative praising being able to agree on $642,000 in cuts in order to establish a spending plan with a significantly lower tax increase.Â