Claiming the school board has become “a national embarrassment,” Jersey City officials are angling to let voters decide if the board of education should become an appointed board via a ballot question later this year. 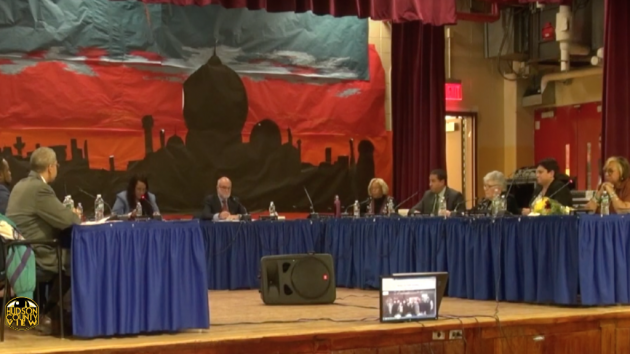 â€œThere is no question that the Jersey City school system has been in chaos. We are asking the voters to hold myself and the City Council directly responsible for the schools, but also in fairness, to give us the tools to make decisions that will fix the schools,â€ Mayor Steven Fulop said in a statement.

â€œToday, we are blamed for the schools but we donâ€™t have the ability to make any changes as that only rests with the Board of Education. If given the chance, we will restore the schools so that our public school system will work better for students, parents, teachers, and taxpayers.â€

Fulop and the city council have committed to voting on a resolution at Wednesday’s council meeting that would leave it in the voters hands to decide if they want to keep an elected school board or allow it to be appointed via a November ballot question.

Per New Jersey law, the governing body can submit a question to the voters in the next general election that would allow the board to convert to an appointed board, similar to other large cities.

Amid systemic issues in the schools â€“ poor education quality, fiscal mismanagement, special interest groups becoming increasingly involved in campaigns, and the focus taken away from students – City Hall is asking to be held directly responsible and authorized to address matters within the schools and budgets.

The nine-member board has recently been plagued with dysfunction in the last three years, resulting in five resignations, the former school board president being charged with corruption, and a trustee refusing to resign in the midst of making comments many have deemed “anti-Semitic” (though many have also spoke in her favor).

While the mayor would be able to recommend appointments, all trustees would need to be approved by the city council.

â€œWhile the City has had no jurisdiction over the board for years, it is the Mayor and City Council who have received questions and concerns regarding the school boardâ€™s budget,â€ said Council President Joyce Watterman.

â€œWe believe the residents of Jersey City should have an opportunity to decide whether or not it continues to remain separate.â€

â€œThe Board was traditionally appointed until the State came in, and we will have to carefully consider how we can learn from the past to provide the highest quality education for our children and prepare them for a future in the workforce,” added Ward D Councilman Michael Yun.

Councilman-at-Large Rolando Lavarro also voiced his support for an appointed board, which hasn’t been seen in Jersey City for about three decades, stated that “the future of every child in our City is at stake.”

The nine members of the Board represent nearly 30,000 students throughout 42 Jersey City Public Schools, ranging from early childhood to 12th grade.

Jersey City Education Association President Ron Greco came out vehemently against the idea of an appointed school board, taking aim at Fulop and saying it would undermine the current leadership at the public schools.

“This is clearly a vote of no confidence in two native Jersey City African American men: [Superintendent of Schools] Franklin Walker and [Board President] Lorenzo Richardson,” Greco began.

” … A mayoral appointed board will lead to overcrowded classrooms, privatization, closing of schools, selling of property to developers and expansion of Charter Schools with no oversight- which has seemingly been the plan all along,” he added, also accusing the mayor of pandering “to his special interest friends.”

In response, Fulop told HCV that he wants to work with all stakeholders to fix the public school system.

“We are all for letting the voters decide and are saying ‘hold us accountable.’ We want to work with Ronnie and all stakeholders to fix the school and we need to have the tools to make changes.”

Furthermore, shortly after this story was published, Fulop and BOE Trustee Mussab Ali traded shots on Twitter over a potential appointed board.

Come on …. With all due respect…. you are in China for the year trying to represent the JC student. Is that right?

With all due respect… I was elected by over 20,000 voters in Jersey City to be their representative. I’m working to expand educational partnerships for our students across the globe and every part of what I’m doing is legal.