A Jersey City man will still serve two life sentences he was given nearly three years ago for fatally shooting two men, cutting off their hands and heads and burying them in the woods, the Superior Court of New Jersey Appellate Division has ruled. 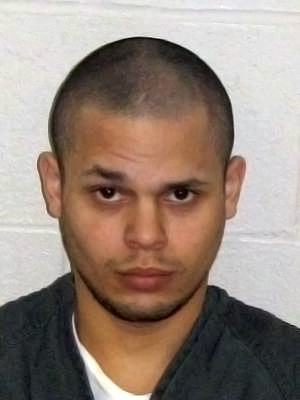 ” … Defendant failed to assert before the trial court that the detectives’ comments during the first interview improperly induced him to waive his Miranda rights,” Appellate Judges Amy O’Connor and Mary Whipple ruled today.

“Even if defendant’s statement were admitted in error, which is not the case, the admission was harmless beyond a reasonable doubt, in light of the other, overwhelming evidence of defendant’s guilt.”

Yusuf Ibrahim, 34, of Jersey City, was sentenced to two consecutive life terms in prison back in September 2016 for the murders of Hany Tawadros and Amgad Konds in the early morning hours of February 5th, 2013.

A Hudson County jury had previously found him guilty of two counts of first-degree murder, two counts of second-degree desecration of human remains, and other crimes related to the murders and mutilation of the bodies.

Evidence from the state indicated that Ibrahim fatally shot both men in the chest, place their bodies in Konds’ car and drove them to a wooded area near a relatives home and cut off their heads and hands before burying them.

His appeal argued that the sentencing was excessive and that his Miranda Rights were violated, but the appellate court disagreed.

“The record here shows that none of the subject comments, all of which were made during the first interview, induced defendant to speak to  the detectives or to make any of the statements he provided during the second one. Therefore, none of defendant’s statements must be suppressed,” today’s decision says.

Ibrahim was previously sentenced to 18 years in prison in January 2015 for armed robbery and carjacking offenses he committed in 2011 and 2012, respectively.