A Jersey City man has been charged with a bias crime for threatening the property manager of the building that includes the deli on Martin Luther King Drive where the December 10th shooting took place, claiming four innocent lives. 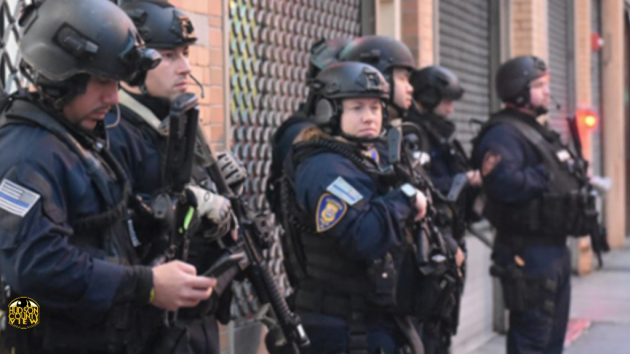 Earlier today, members of the Jersey City Police Department working in collaboration with the Hudson County Prosecutorâ€™s Office, arrested and charged Taylor Stackhouse, 38, of Jersey City with terroristic threats and related bias crimes for threatening the property manager of the building where the kosher deli is located on MLK Drive on Tuesday.

Stackhouse was arrested Thursday afternoon without incident on Dwight Street and Bergen Avenue in Jersey City.

On Tuesday, March 3, 2020, at approximately 11:50 a.m., Stackhouse approached the victim â€“ who was dressed in traditional Hasidic Jewish clothing and exiting the building on Martin Luther King Drive â€“ and made multiple threats to the victim.

The building is the location of the shooting that claimed the lives of three innocent people on December 10th, 2019. Earlier that same day, Jersey City Detective Joseph Seals was also killed.

Both shooters in the December shooting were killed at the scene and the incident has been determined to be a hate crime by the U.S. Attorneyâ€™s Office.

At this stage of the investigation, there is no indication that there is any connection between Stackhouse and the events of Dec. 10th.

Suarez credited the Hudson County Prosecutorâ€™s Office and the Jersey City Police Department for the investigation and arrest.