Last night, the Jersey City Council voted to scale back the time speakers are allotted during the public portion of the meeting, from five minutes to three minutes.

The measure passed on second reading by a vote of 5-3, with Councilmen Rich Boggiano, Michael Yun, and Rolando Lavarro voting no. Ward A Councilwoman Denise Ridley was absent.

In addition to curbing the time limit public comment, the local legislation will also implement a five minute time constraint per speaker for budget hearings. Budget hearings previously did not have any speaking limitations for the public.

Ward E Councilman James Solomon, who voted in favor of the ordinance, said that unlimited public speaking has been abused consistently, noting that the a “filibuster” effort on issues such as Airbnb forces the council to spend upwards of seven hours on one vote.

“That tactic harms the broader public preventing anyone else with business before the Council from speaking until 1 a.m, when 99% of working people need to be home. I disagreed with moving from 5 minutes to 3 minutes, but voted yes to end the abuses described above,” he told HCV.

“I’ll work with my colleagues on further amendments to restore a longer speaking period and to limit the amount of time individual council people speak as well.”

Conversely, Boggiano, who represents Ward C, said over the phone that with controversial issues like the board of education referendum – currently being challenged in court – still at the forefront, this was the wrong time to reign in public comment.

“The reason I voted no is because I got numerous calls from people who were ticked off. You’ve got the BOE issue, youâ€™ve got a slew of issues, itâ€™s just not the right time,” the councilman said over the phone.

“I brought it up a few years years ago when it was quiet and it was voted down. Now is not the right time with all the issues going on.â€

Back in 2014, the council voted against a measure introduced by Boggiano that would’ve limited public comment, with a similar ordinance keeping all public comments to five minutes also voted down in July 2018.

During first reading, Council President Joyce Watterman suggested having agendas that had no more than seven ordinances and 30 resolutions.

She did not return an email seeking comment on Thursday.

Additionally, activist Esther Wintner wrote a scathing Facebook post after the meeting condemning the vote on this matter.

“Prior to casting their votes, my councilwoman Mira, Solomon and Watterman talked about how they hold community meetings and are available to meet to discuss issues. So let me get this straight, they have the time to meet with community groups and individuals but 5 minutes in the peopleâ€™s forum is too long? Really?,” she said.

” … Â I go to public hearings in public places that we fund with our hard earned salary and I question my elected officials in the light of day. Sunshine laws exist to insure the publicâ€™s business is done in public. Let the sunshine, especially on this abomination.” 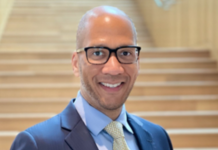