Jersey City voters should expect another ballot question to consider in November as the city council approved an arts and culture referendum, along with an audit of 178 tax breaks and the 1st reading of an ordinance that would limit public speakers to three minutes each. 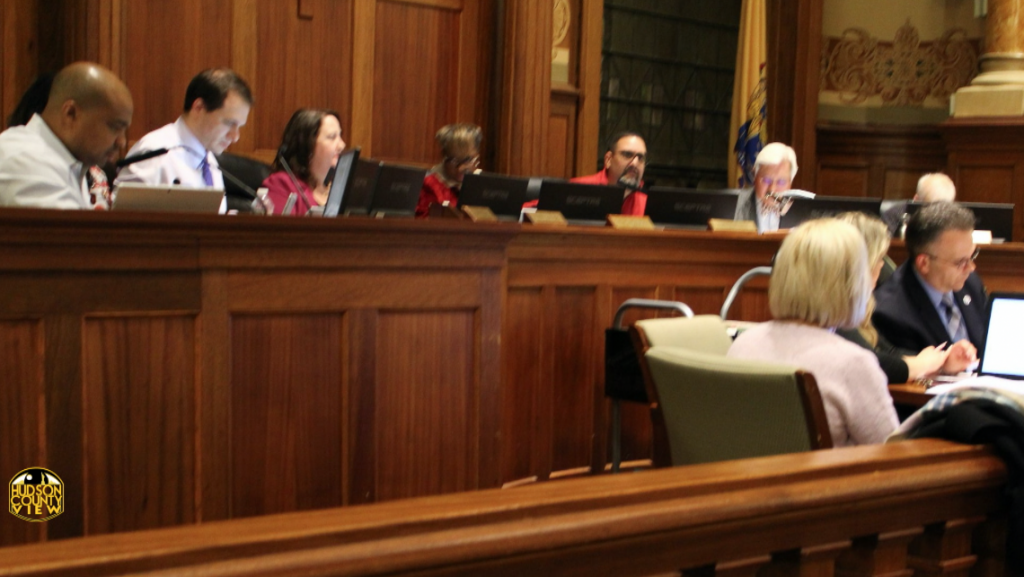 The governing body unanimously (9-0) introduced a measure which will allow voters to decide, via a ballot question, whether to implement a bump in property taxes that would be allocated to an Arts and Culture Trust Fund.

As the name suggests, the new municipal trust fund would be dedicated to non-profit art organizations in Jersey City if voters approve it.

This comes after Gov. Phil Murphy (D) signed a bill which was sponsored by Assemblyman Raj Mukherji (D-33) in January, allowing municipalities to post the question on their local ballots. Jersey City is officially the first municipality in the state to do so.

The costs, according to the statute, would not exceed two cents for every $100 in assessed property value. It’s estimated that the city could raise between $800,000 and $1,000,000 for the trust fund each year.

Furthermore, it mirrors the funding model for the city’s Open Space Trust Fund, which has raised hundreds of millions of dollars for use in constructing public parks since it was created in 2016.

Ward D Councilman Michael Yun, who said he wouldn’t “stand in the way of the public having a say,” still expressed reluctance about why funding for the arts had to be in a trust fund, external to the council’s annual budget planning.

“I have nothing against greater funding for the arts,” Yun said. “The arts are a good cause. I do question the idea of doing this outside of the normal budgeting process. It’s through that system that the city sets its annual spending priorities.”

Despite voting to introduce the measure, Yun went on to say that he’s instinctively against the measure because it strikes him as a “backdoor tax increase.”

At a raucous meeting last month, the council approved a referendum that will allow voters to decide whether or not the school board should remain elected or switch to being appointed – meaning the presidential ballot will have at least two referendum questions at this time.

Last night also made clear that all three accounting firms the Council was considering for an audit of every ongoing property tax abatement the city wants to investigate will be receiving contracts to do so.

According to a forensic audit authorized by the Jersey City Board of Education, the district is potentially losing $16.3 million each year because of inaccurate billing on 178 currently tax-abated properties – no mere drop in the bucket of the anticipated 2020-21 BOE budget deficit.

Jersey City BOE President Lorenzo Richardson believes that the district should brace to lose upward of $180,000,000 in state aid by 2024 due to changes in the New Jersey Department of Education’s funding formula.

These changes are still being challenged in court by the Jersey City BOE.

The firms Donahue, Gironda, Doria, & Tomkins, and Wielkotz & Company received contracts to conduct the audit, and due to what Ward E Councilman James Solomon said was a clerical issue, Hudlik and Morrison, P.A., will be receiving a contract at a later time.

“Every dollar uncovered through this audit will be solely dedicated to the school district to help address their budget crisis,” Council President Joyce Watterman said.

Councilman-At-Large Rolando Lavarro critiqued the audit, echoing sentiments from a letter he submitted to HCV which describe the audit as a “cover-up” for “years of internal mismanagement.”

Lavarro claimed that since the 2016 retirement of Jersey City’s former tax collector, Maureen Cosgrove, auditing that should have already been happening “fell by the wayside.”

Mayor Steven Fulop previously noted upon announcing the measure that the city has not granted any tax abatements in over three years. Every abatement being audited, he said, was granted by previous administrations.

At the marathon meeting, sparks flew during the public portion where a number ofÂ  residents lambasted the introduction of a measure which would impose a three-minute time limit during both ordinance readings and public speaking portions of council meetings.

Additionally, the ordinance will impose a five-minute limitation on all members of the public wishing to speak about the budget during those hearings, if the second reading of the measure is passed by council next week.

The ordinance passed on the first reading 7-2, Yun and Ward C Councilman Rich Boggiano voting no.

“We’re slowly losing our public rights,” Esther Wintner, one of many who spoke against the measure, said. “First we have the right to vote on a school board being worked against us. Now, we have five minutes to speak about a $650 million budget? Preposterous.”

“This appears as contempt for the public, and that does not go down well with me. It should be your honor to listen to the public, and it is your job to hear us out. Sometimes it’s something you don’t want to hear, sometimes it’s gibberish, but we should uphold that right with all of our being.”

Watterman, in response to the concerns, pitched the idea that council should consider other time saving ideas, such as limiting the number of measures voted upon at each meeting, to avoid marathon meetings in which council must address 1,500-page agendas.

“Moving forward, we only want seven ordinances, no more, and only 30 resolutions,” Watterman said.

“I see people up here who are tired, and weary, and have work in the morning, so I’m willing to do my part up here in response to the complaints from residents. I know the Law Department has to see if they can do it, but I’m willing to move forward with it.”

Nevertheless, the council approved the first reading of the measure unanimously.

Additionally, Acting City Clerk Sean Gallagher had his interim title removed following a 9-vote by the council, during which every elected official sang his praises.

“I’ve definitely got big shoes to fill in Robert Byrne,” Gallagher said. “Without him, I wouldn’t exist here. I spent 22 years working with him, and learned something new every day.”

“I look forward to dedicating many more years of my life here, as long as my family will allow me to.”