Jersey City Board of Education Trustee Joan Terrell-Paige called Greenville’s Jewish community “brutes” in a Facebook comment that has since been deleted, prompting Mayor Steven Fulop to call for her resignation. 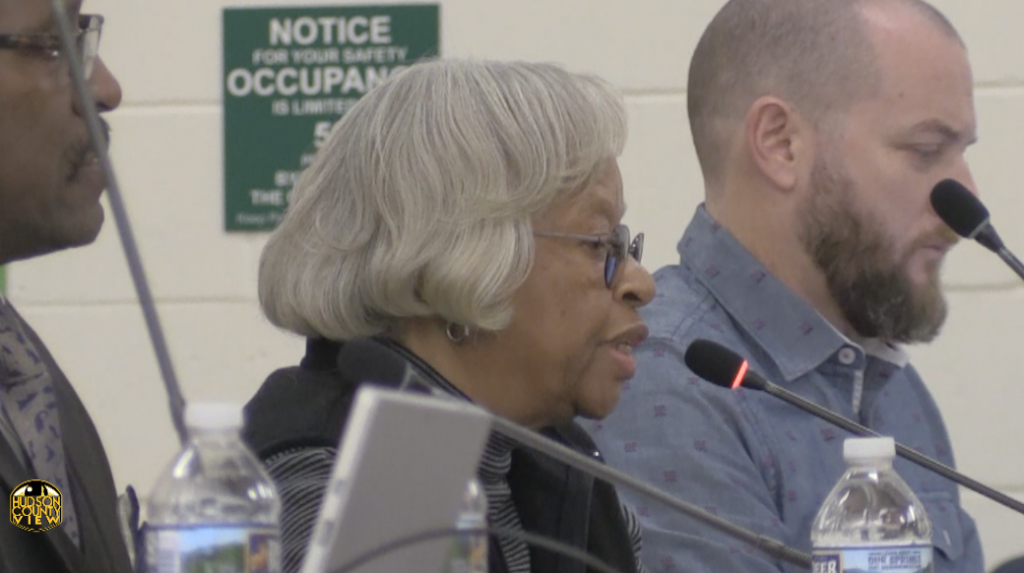 “Where was all this faith and hope when Black homeowners were threatened, intimidated, and harassed by I WANT TO BUY YOUR HOUSE brutes of the jewish community? They brazenly came on the property of Ward F Black homeowners and waved bags of money,” Trustee Joan Terrell-Paige wrote in a Facebook comment Sunday night.

“Resistance was met with more threats of WE WILL BRING DRUG DEALERS AND PROSTITUTES TO LIVE NEXT DOOR TO YOU. YOU WILL SELL TO US THEN. Where was this faith and hope? Who helped Black people living in rental properties owned by the jewish people but were given 30 day eviction notices so that more jewish people could move in?”

Terrell-Paige said at the end of her comment, which also said that “Solomon Dwek did not spread faith and hope,” that she was speaking as a private citizen and not as a member of the Jersey City BOE.

She also makes reference to “rabbis being accused of selling body parts,” a reference to arrests made as part of Operation Bid Rig III – a 2009 political corruption sting where Dwek was a confidential informant – where a Jewish man pleaded guilty to human organ trafficking.

The social media posting, even though it has since been removed, was enough for Fulop to call for her to step down.

” … My opinion is that she should resign. That type of language has no place in our schools and no place amongst elected officials. Her comments don’t represent Jersey City or the sentiment in the community at all,” the mayor told HCV.

“The African American community has been nothing short of amazing over the last week. Countless people have reached out to support their neighbors and express the sentiment that we are all working towards a better city together,” he added, also calling those efforts, “inspirational.”

Additionally, the trustee’s remarks come at a time where racial tensions between the black and Jewish have been highlighted in the aftermath of last week’s gun violence in Greenville that took four innocent lives: Police Det. Joseph Seals, Mindy Ferencz, Moshe Deutsch, and Douglas Rodriguez.

Board President Sudhan Thomas echoed that sentiment, noting that the district does not tolerate any type of hate or bigotry and has been in contact with faith leaders to bring sensitivity training to the public schools.

“We are in active communication with the Rabbi of Beth-El and other Jewish Community leaders to bring about some immediate term anti-bias and sensitivity training,” he began.

“Last year while lighting the 3rd candle during the Holocaust memorial I called for the establishment and or inclusion of a Jewish Culture/History and Heritage curriculum module in our public schools.”

He also noted that the district is working with the New Jersey Department of Education and state School Boards Association to make this a reality.

Furthermore, JCEA President Ron Greco said that he is inviting a black and Jewish leaders for a sit down meeting at his union’s headquarters “as soon as possible,” also calling for Paige to resign.

“While we respect the right for Ms. Terrell-Paige to have her own opinion, we cannot accept her prejudiced and anti-Semitic sentiments expressed in her recent Facebook post. And while her opinion may reflect a small portion of the community, there is no space for bigotry in our school system,” he said in a statement.

“We respectfully ask Ms. Paige to retract her words, as well as to agree to cultural sensitivity training and step aside as a Jersey City Public Schools board trustee.”

Greco further stated that he feels Tara Stafford, who narrowly missed winning a three-year term on the board in November, would be the most suitable replacement for Terrell-Paige.

Terrell-Paige did not return a request for comment on Monday evening, but this story will be updated if comment is given. 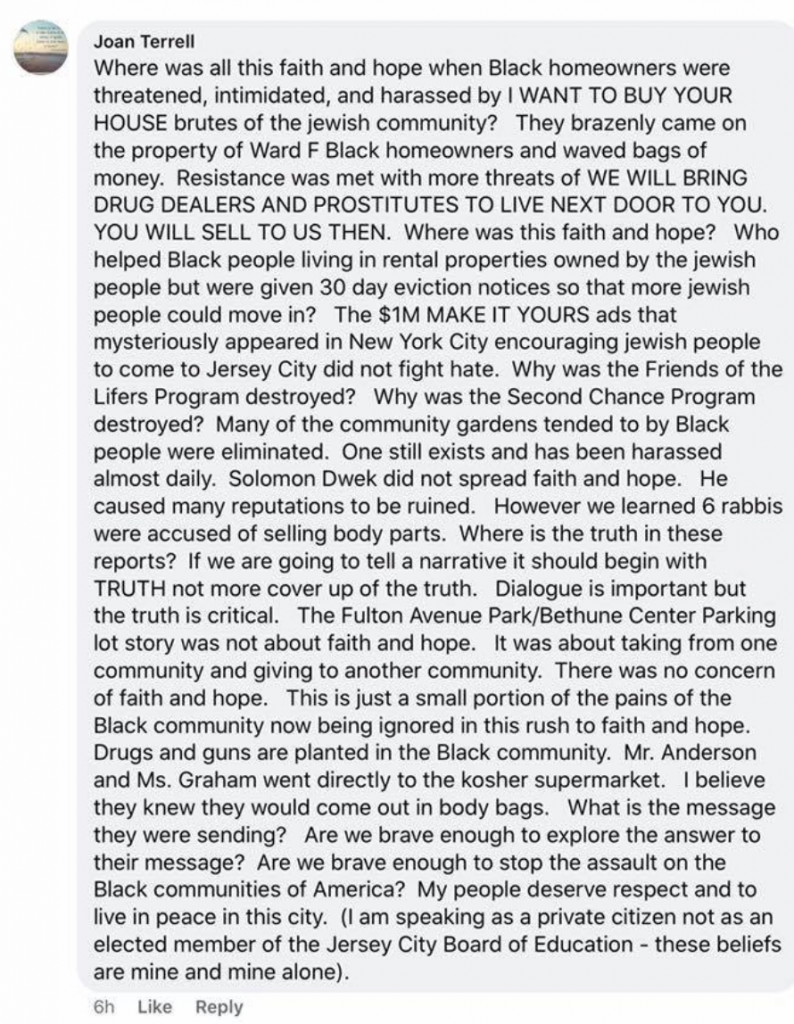