Hoboken politico Frank Raia testified in his own federal vote-by-mail fraud trial that he did not direct his former campaign “captains” to bribe voters in the 2013 municipal races, exclaiming “I never bought a vote in my life!” 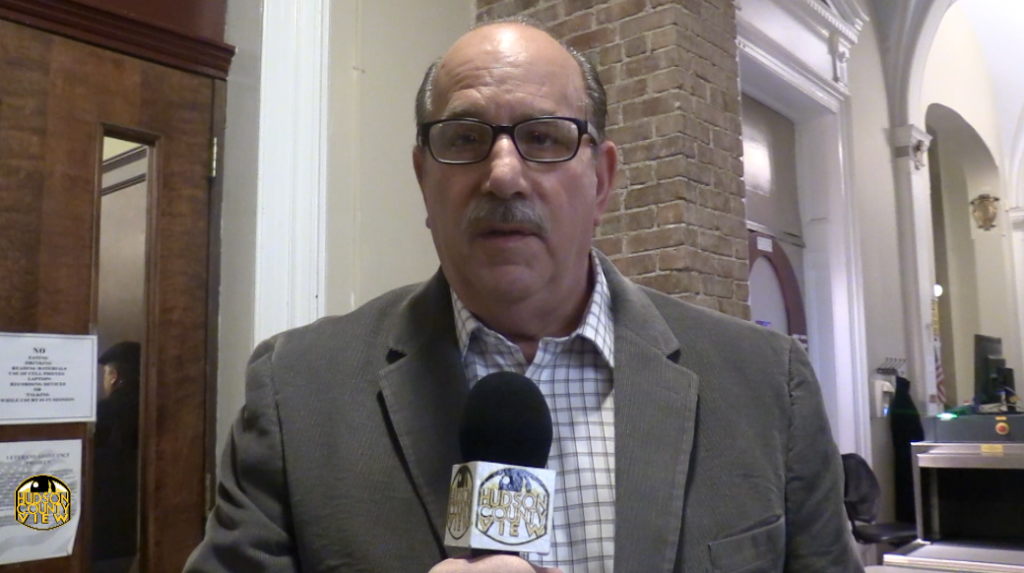 However, Raia simply dismissed their sworn testimony by saying that the trio acted on their own.

“You listened to all the testimony. You agreed earlier that it’s illegal to bribe voters. They all admitted to bribing voters. They testified under oath that you told them to do that. So, all three guys just decided on their own to bribe voters? They didn’t tell you they were doing this? They’re not telling the truth?,” asked Farrell.

“I don’t know what the truth was to them. I wasn’t involved in what they were doing,” Raia simply stated.

Farrell went on to remind Raia that it wasn’t Holmes, Frazier or Calicchio running for office in 2013, just like they weren’t the ones pushing for a yes vote on a referendum to roll back rent controls since they aren’t real estate developers (Raia is a developer).

“Again, they testified that you instructed them to bribe voters,” Farrell pressed forward.

“How can I instruct them on what to do when I don’t even instruct my own wife,” Raia responded.

For the next 20 or so minutes, Farrell would cite the many statements made by Raia’s former friends, but Raia ultimately doubled down, exclaiming: “I never bought a vote in my life!”

Farrell impressed upon the jurors that although Raia was dismissing his former associates as untrustworthy witnesses, there was a time not too long ago when Raia and them were very close, reminding the jury that Raia even loaned Holmes $3,000.

Additionally, Farrell brought up the charge that Raia ordered his campaign team to bring back open ballots to Raia’s social club at 520 Jefferson St. so that he could personally check to see how people voted.

“They all testified that you wanted to see the ballots before they were mailed,” said Farrell.

At the beginning of his cross-examination of Raia, Farrell first asked Raia if he understood how vote-by-mail works, which involves ensuring that ballots are placed in an envelope and sealed before they are mailed to the Board of Elections or dropped off in person.

Farrell asked Raia, “You agree that bearers shouldn’t tell voters who to vote for?,” which Raia said, “agreed.”

“Depends, it’s up to the bearer,” Raia answered.

That response compelled Farrell to say that Raia requested a report about the voting tally from the board of elections on 13 different occasions so that he could learn how voters were voting on the VBM applications, to which Raia said he’s entitled to do that.

Based on testimony given yesterday by an FBI agent, 378 of the 398 people paid by either Raia’s One Hoboken campaign or the Let the People Decide super PAC received a vote by mail ballot in 2013.

Needless to say, this information wasn’t lost on Farrell when Raia was on the stand.

“Is that a coincidence? That was your plan because a low turnout ensures that the people you paid would vote yes on the referendum to questions pertaining to rolling back rent control laws?,” he asked, opting not to ask any further questions when Raia did not answer.

Furthermore, Farrell argued that Raia had to know which voters were receiving checks because the government provided an exhibit which showed that voters had signed declarations before they could receive any money.

Before Raia took the stand, fellow Assistant U.S. Attorney Rahul Agarwal grilled political science professor and Bayonne political operative Jack Butchko about whether he was authorized to sign off on checks to voters given his role to fill out New Jersey Election Commission Enforcement forms on behalf of the Raia campaign.

The government presented an exhibit that displayed a $33,500 check from a lobbying group, the Mile Square Tax Payers Association, and Agarwal asked Butchko if he had visibly seen the check given his role of filling in ELEC forms to comply with election regulations.

“In order for you to fill in that ELEC form with the check number, you had to have seen that check?,” Agarwal prompted.

To which Butchko replied he probably did, because the information on the checks were provided to him by Raia.

Oddly, Butchko said that Calicchio played no role in the 2013 campaign, but many subsequent witnesses for the defense, including Raia himself, contradicted that statement.

The majority of the character witnesses were on the stand for five minutes or less.

The defense rested just before 3 p.m. and Martini said he would give the jury Friday off before closing arguments in the case commence on Monday morning.