The Hudson County Sierra Club is coming out against Jersey City’s Morris Canal Manor project, taking this stance because “it’s a matter of environmental justice.” 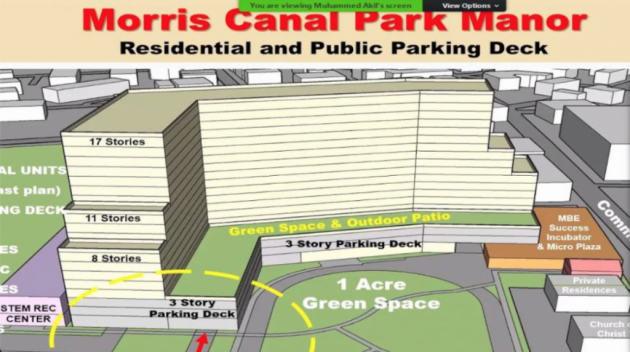 “It’s a matter of environmental justice. The area was polluted with chromium for years before it was cleaned up. Now it’s time to benefit the local community,” said Dave “Ace” Case, a former chair of Hudson County Sierra Club and a longtime Jersey City homeowner.

On Friday, the executive committee of the local group voted unanimously to oppose the 17-story development plan that was approved 4-1 by the Jersey City Planning Board on Tuesday.

The current plan, which will soon be considered by the Jersey City Council, calls for 361 units at 417 Communipaw Ave., with five percent affordable housing.

The development also calls for a rec center, park and retail space, and parking.

The proposed development is located adjacent to the site of a former chromium manufacturing facility that has been undergoing intense remediation for years.

Part of the remediation is completed and is now Berry Lane Park and land had previously been earmarked to be open space.

The city’s new inclusionary zoning ordinance would call for 10 percent affordable housing in this neighborhood, though would not be applicable to this project since it’s already moving through the approvals process.

“So many things about this plan violate basic principles of fairness and democracy. This neighborhood deserves better,” Case concluded.