Hoboken Councilwomen Jen Giattino and Tiffanie Fisher are urging the state Department of Environmental Protection to reject NJ Transit’s Union Dry Dock application due to the “potential negative impact to the Hoboken community.” 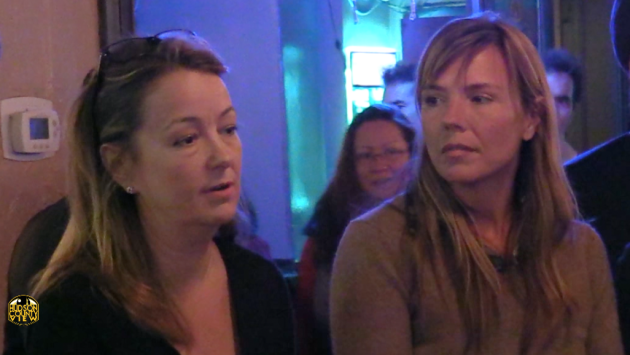 “We are urging you to reject the Application on its merits and because of the potential negative impact to the Hoboken community and the disruption to a decades-long effort to secure the waterfront for public use and access,” they wroteÂ in a letter to the NJDEP yesterday.

“This request from NY Waterway in concert with both Union Dry Dock and NJ Transit, came as a surprise without any input from Hoboken officials or its residents. Prima facie, it is disingenuous, intentionally disregarding a 2012 agreement made by NJ Transit to not pursue the Union Dry Dock property for this use.”

Two weeks ago, the Hoboken City Council approved an ordinance that would give the city the ability to use eminent domain to acquire the Union Dry Dock property.

Since the first reading of the ordinance was okayed in October, New York Waterway purchased the property for $11.5 million.

Then, last week in light of Mayor Dawn Zimmer and Mayor-elect Ravi Bhalla voicing “strong opposition and extreme disappointment” in NJ Transit trying to acquire the land, an NJ Transit spokeswoman exclusively told Hudson County View they hoped to use the property for a ferry maintenance and fueling facility.

In their two-page letter, Fisher and Giattino emphasize that they believe “this application is anything but environmentally sound,” since a ferry refueling station would violate Hoboken’s zoning regulations, an analysis has been conducted as to why NY Waterway is leaving their Weehawken location and a detailed assessment of future plans has not been prepared.

“Enjoyed by both residents and visitors there is currently a popular fishing pier, a skateboard park actively used by children of all ages, kids playground and swings, large grass lawn and a boat house including a natural sand beach to allow for free activities including kayaking,” they continued.

“Itâ€™s an understatement to say a ferry refueling, repair and storage operation of 20 -34 ferries would be environmentally unsound and could destroy the opportunity for visitors and residents to fish, kayak or enjoy the public waterfront.”

The councilwomen also call on NJ Transit, state officials “and other relevant stakeholders” to hold public hearings to discuss all potential locations where NY Waterway could house their ferry maintenance.

NJ DEP spokesman Larry Hajna said that application is still under review to determine if it has been completed properly.

“This waterfront development application is still in the initial 20-day administrative review process during which DEP will determine if an application is complete and has provided sufficient information for review,” he said in an email.

“That determination has not yet been made. If it is accepted as a complete application, the DEP will consider all public comments.”

A spokeswoman for NJ Transit did not return an email seeking comment.

Editor’s Note: This story has been updated with a comment from the NJ DEP.Â