The Hoboken City Council had a heated discussion about the lack of diversity on the local housing authority board as they appointed 3rd Ward Councilman Mike Russo to the governing body at last week’s meeting. 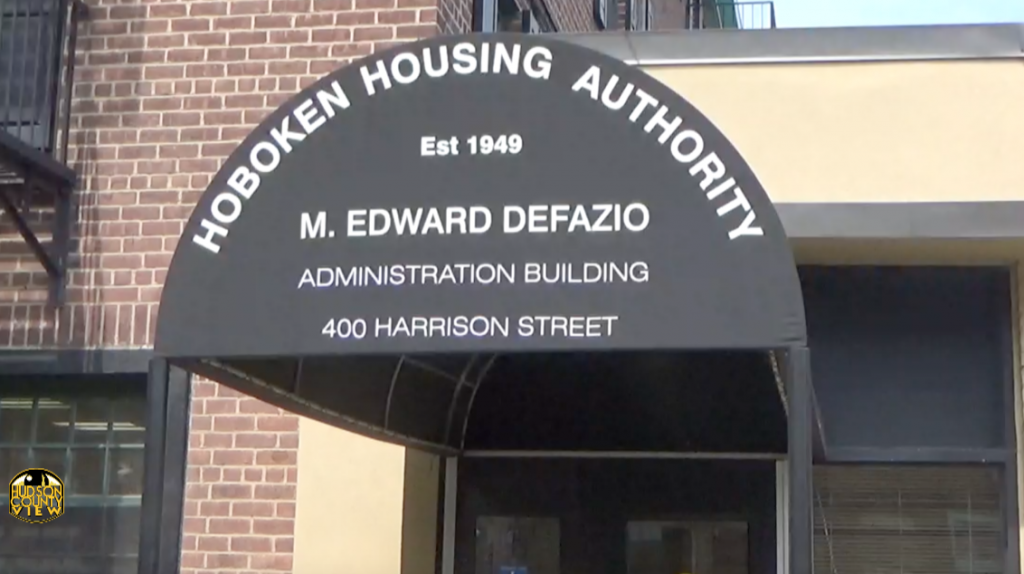 “Councilman Russo, as much as I enjoy your company and you’re gonna do a great job on the housing authority, I regret that this is happening tonight, your appointment,” began Council President Ruben Ramos, who represents the 4th Ward.

Vega, whose term began on May 3rd, 2020 and is the executive vice president at Applied Housing Management Company, abstained any time something related to Applied was on a HHA agenda, according to Ramos.

Ramos also called the situation “unfortunate” since the U.S. Department of Housing and Urban Development moved much slower after HHA Commissioner Aaron Lewit was found to be “voting in conflict” back in December, a situation that only HCV reported.

At the time, the HHA approved a contract with MBS Housing, a board that Lewit also sat on for five project-based vouchers. The situation was finally resolved last week by Lewit stepping down from his volunteer post with MBS Housing.

Councilwoman-at-Large Vanessa Falco expressed a similar take on the situation, calling Vega’s removal “retaliatory” due to the circumstances with Lewit and that any issues with her employment should’ve been addressed prior to her appointment.

“I am disappointed that we always say, or we’re supposed to be perceived, as a fair and welcoming city that welcomes diversity, but the actions don’t apply when you are a minority and when you’re a woman,” she asserted.

From there, 5th Ward Councilman Phil Cohen said his colleagues were attempting to rewrite history, calling the appointment of Vega “an extraordinary night” since HHA Chair Dave Mello asked the council to initially delay the vote to examine any potential conflicts.

“I reject the notion that this was retaliatory, I think that this was an issue that was raised before the city council, the council decided to proceed to appoint this commissioner before having it fully vetted and the chair asked HUD for guidance and HUD took it’s sweet time four, five months, whatever, [and] got the definitive answer.”

He also called it “extremely unfair” to say that Vega was singled out because of her ethnicity or gender and that Lewit shouldn’t be thrown under the bus either.

Furthermore, 1st Ward Councilman Mike DeFusco said it was “preposterous” that the HHA has no Black board members, which is why he supported Pat Waiters’ appointment last month, though Barbara Reyes was ultimately approved for the position.

Nevertheless, he was clear that Russo had his support ahead of the vote.

6th Ward Councilwoman Jen Giattino added that while she supported Russo as well, she wasn’t happy that the public didn’t have the ability to weigh in on this matter.

” … I have this feeling like we’re not being fair to the public … Literally I didn’t know about it until I grabbed an agenda packet.”

Russo ended up being appointed to the HHA through May 3rd, 2025 unanimously (9-0) and he waited until after the vote to give his two cents.

He further stated that he agreed with Ramos and Falco in “that older white guy got a pass” while Vega did not: “Where is the justice in that?,” Russo questioned, calling for Lewit to be removed from the board.

“The man violated his oath of office and we’re letting it slide ‘cuz he’s white! It’s insane,” he later shouted as the council pondered voting an on add-on resolution requesting Lewit’s removal.

2nd Ward Councilwoman Tiffanie Fisher said that there’s a process to remove someone from a board, noting that a hearing had to be conducted to remove Gary Holtzman from the planning board, but Russo was unrelenting.

“I want to vote tonight!,” he exclaimed.

Fisher also argued that both Vega and Lewit had the ability to stay on the HHA if they gave up their other position that created a conflict, therefore it was in fact equitable and there was no preferential treatment.

Cohen again reiterated that he believed there was some revisionist history going on, and on top of that, agreed with Fisher that it would not be procedurally correct to vote on removal without going through the proper process and having all the facts.

Just when it appeared the meeting would be coming to a close a little after 10 p.m., Russo continued to express frustration about the HHA predicament, telling Cohen that there was no retaliation at play here.

“And again, I like Aaron, I think he’s doing a great job, but this is not about Aaron or anyone else – this is about the process. This is about what has happened at our housing authority which houses the majority of residents which are in a protected class.”

Falco later said that “privilege” was the word missing from the conversation, noting that the HHA is the only area in Hoboken that continuously does not see any advancement, growth, or any other forms of improvement.

Cohen pointed out that tonight the council members all voted to put Russo on the housing authority, noting that he had been supporting Carmen Vega for the post.

Falco responded by stating that Black members of the community, such as Patricia Waiters, are put before the council and routinely get voted down.

Russo pointed out that they all stood together at the Black Lives Matter rally last summer and began to get choked up as he explained the importance of taking action.

“We all stood together, we marched, we fought against inequities. We need to continue to do that, not just in rallies, but in our choices in a daily basis.  Not just as a councilman or councilwoman, as a person: the father, or a mother … this is not a joke. I’m sorry.”

The last Black HHA commissioner was Jason Smith, who was appointed by Mayor Ravi Bhalla last year but was passed over this time around in favor of James Sanford in April.

Ramos pointed out that the council had the opportunity to reappoint Smith, who has a master’s degree and grew up in the HHA, but opted not to do so.