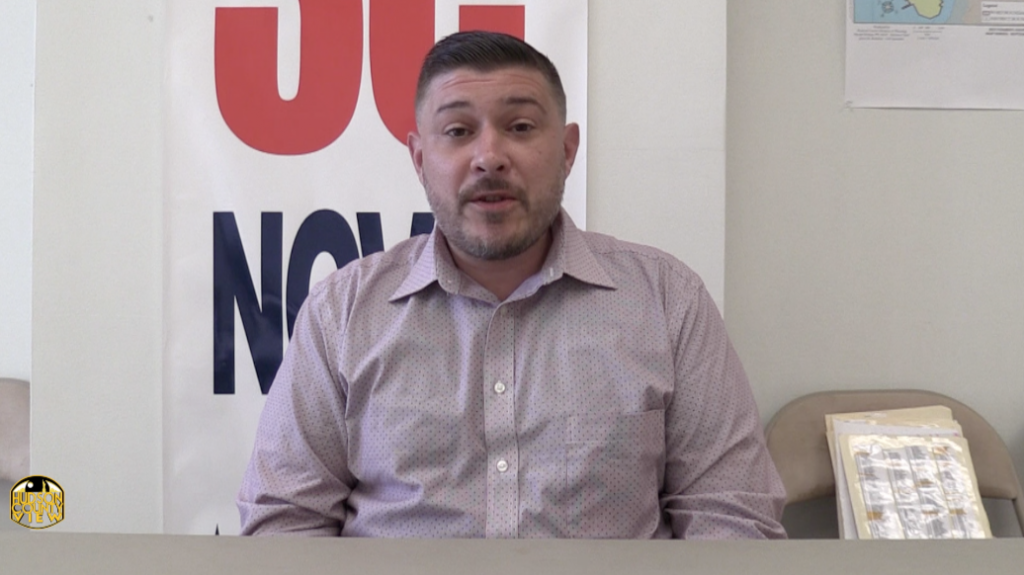 “I severely condemn Bayonne BOED Trustee Michael Alonsoâ€™s insensitive and incendiary comments. The fabric of our nation is threatened by discord and for an elected public servant to come out with such statements is unconscionable,” Franco said.

“Trustee Alonso acted on his own without Board consent or authorization and failed to communicate that he was acting as an individual. I would support any ethics complaint filed with the School Ethics Commission seeking his removal from the Bayonne School board.”

Franco noted that he was recently working with Alonso on assisting residents who had questions about their tax revaluation, as well as for a November ballot referendum that would potentially increase the number of council seats from five to nine.

However, do to the latest controversy with Alonso, Franco indicated he will be removing his name from the petitions today.

Alonso is under fire following two Facebook posts on his personal page, as HCV first reported.

One that questioned when the first riot in Bayonne would happen and another that saw a caricature of Democratic presidential candidate Joe Biden change the wording on a “Black Lives Matter” sign to “Black Votes Matter” – later claiming he “fixed it.”

The post have prompted community members and the even some fellow board trustees to call for his resignation and his conduct will be discussed at a special meeting this morning, scheduled to convene at 9 a.m.