A former Jersey City deputy mayor under Glenn Cunningham, as well as an ex-director of the city’s housing economic development and commerce department, Anthony Cruz died at 61 years old from a heart attack yesterday. 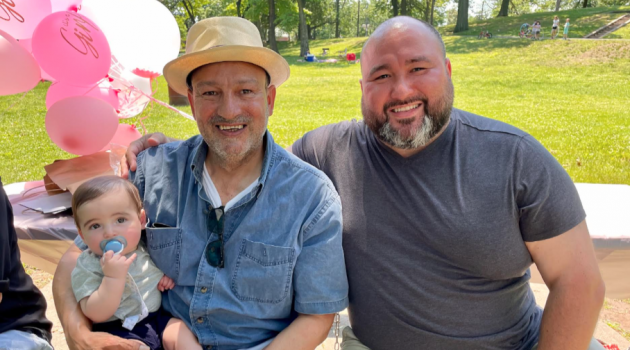 His career in public service spanned four decades, beginning in high school when he was part of student-led demonstrations calling for more Latino guidance counselors.

“My father’s life was historic. The number of people he directly impacted in public and private is beyond measure. We mourn his loss,” Anthony Cruz, Jr. said in a statement.

“His absence will be profound and difficult to bear, but we celebrate, and take great pride in knowing, that he was a caring, honest, and humble man, a great father, uncle, brother, son and abuelo, who put his heart into serving other people without regard to personal accolades or financial gain. That is how he will be remembered.”

A proud Puerto Rican, Cruz was part of a delegation led by U.S. Senator John Corzine, on whose staff he served, which traveled to the Puerto Rican island of Vieques to bring attention to the U.S. military’s environmentally-disastrous abuse of the island.

Anthony was arrested with other Jersey City activists, demonstrating against the use of Vieques as a bomb-testing range in 2000.

As deputy mayor in 2001, he helped to breathe new life into the historic downtown special improvement district, spearheading an effort to restore the historic clocks on the Newark Avenue pedestrian plaza, and promoting progressive programs on affordable housing and home ownership for Jersey City residents.

Then as HEDC director, he helped to revitalize inner city residential communities and commercial districts in Bergen-Lafayette with programs that improved home facades and small shop storefronts.

A GoFundMe page has been established to help defray the large medical bills incurred, setting a goal of $50,000. The page indicates that he died of a heart attack and did not have health insurance at the time of his passing.

A funeral mass will be held Wednesday at 10 a.m. at St. Michael’s Church, located at 252 9th St. in Jersey City, followed by interment at Bayview Cemetery in Greenville.