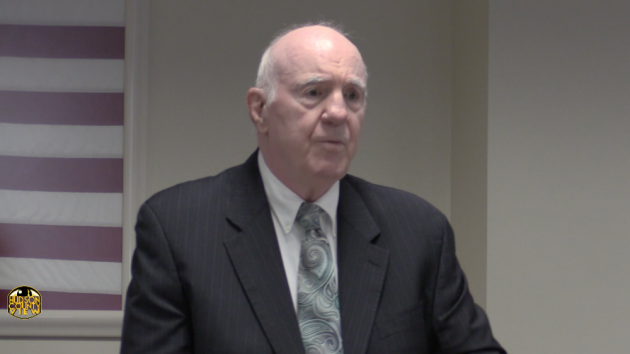 “On behalf of the entire College community, it is a great pleasure to welcome our newest trustee, Frank J. Gargiulo,” HCCC President Dr. Christopher Reber said in a statement.

“Commissioner Gargiulo brings extraordinary education and public service leadership to the college. He will serve on the Board’s Academic and Student Affairs Committee. Welcome, Trustee Gargiulo!”

He replaces fellow North Bergen resident Adamarys Galvin on the volunteer board.

“Adamarys Galvin brought the knowledge and skills she developed during her distinguished career in Bilingual and ESL education to her tenure at the College. We are grateful for her dedication and contributions,” Reber added.

Also a former state assemblyman, Gargiulo has served as North Bergen commissioner since 198 and has also served as a principal and football coach at St. Joseph High School in West New York before serving as HCST superintendent between 1990 and 2019.

In 2018, his exemplary service as HCST superintendent was recognized through naming their Secaucus campus after him. He left in good standing and earned a payout of roughly $1.1 million between his retirement and the end of 2021.

Trustees maintain their status until they are reappointed or replaced by the appointing authorities.

The HCCC president serves as an ex-officio member and the college’s student body elects a member from the graduating class to serve one year as a non-voting student alumni representative.