Although Mayor Felix Roque and Commissioner Count Wiley, the two main adversaries for the May 12 municipal election, were absent from last night’s board of commissioners meeting, that didn’t stop a Roque supporter from taking shots at his political nemesis.Â

Frank Ferreiro, a former enemy of Roque who is now a campaign worker for the mayor, had it out with Wiley at last monthâ€™s board of commissioners meeting.

Although Wiley was absent last night, that didnâ€™t stop Ferreiro from picking up where he left off. 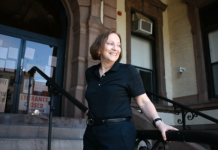 Both Wainstein & Sacco camps declare victory as judge rules against...