This Jersey City Board of Education race has received some statewide attention given the amount of money that is being poured into this race, along with a unique cast of characters that has made this one fun to watch. 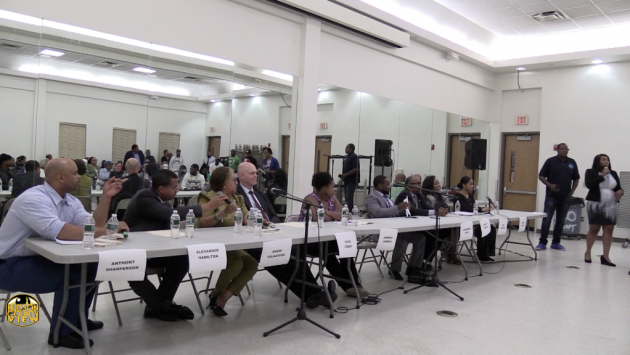 Meanwhile, they face a challenge from the “Change for Children” team, which consists of Noemi Velazquez, Asheenia Johnson, Alexander Hamilton, David Czehut, and Anthony Sharperson.

Shaw and Verdibello will tangle with Czehut and Sharperson for the one-year seats (where the unaffiliated Sonia Cintron will also be competing), with Tara Stafford and Neisha Louhar entering the crowded field of candidates seeking three-year terms.

While it’s not totally clear how much money they have spent on Education Matters, an October 25th campaign finance report shows that GSF paid Flashpoint Strategies $195,830.91 for literature, mail, signs and online ads on October 21st.

Flashpoint Strategies is a consulting company that has helped the union-backed slate, though there is no way to tell how much of this money was spent on the Jersey City BOE race.

According to the same report, GSF has spent $480,540.37 this election cycle throughout the state.

The other PAC, which was just formed this summer, is Fairer NJ, who received $400,000 from the LeFrak Organization. They are supporting the Change for Children team.

While those candidates have maintained that they will not owe anyone anything if elected, that hasn’t stopped insiders from cautioning voters to be weary of developers being involved in the race.

There have been several selective endorsements, including Ward A Councilwoman Denise Ridley endorsing Sharperson.

Assemblywoman Angela McKnight (D-31) is backing Asheenia Johnson, who is part of her legislative staff.

Ward Councilwoman Mira Prinz-Arey favors Verdibello, Ona, and Shaw, the latter being her council aide, at the polls.

Theoretically, the JCEA could lose control of the nine-member board, but that would require a full sweep from Change for Children.

That seems unlikely given the JCEA’s formidable ground game, which will likely benefit from the political establishment tomorrow since they endorsed the vote yes movement on the short-term rental ballot question.

Nevertheless, Change for Children would most likely return, in some fashion, in the next couple election cycles if they can pick up at least one seat.

In the event that the JCEA goes 5-for-5, the future for any potential opposition becomes far less certain. The likelihood of that is also tough to predict though, given that there are almost never five seats on the ballot.

Parties with a vested interest will also have their eyes on Stafford, who has the top ballot position in this one.