The Friends of the New Hoboken High School, a group in favor of the $241 million school referendum, have raised $8,489.33 to date, with $2,999.13 cash on hand, while groups opposing the measure have not filed yet, state records show. 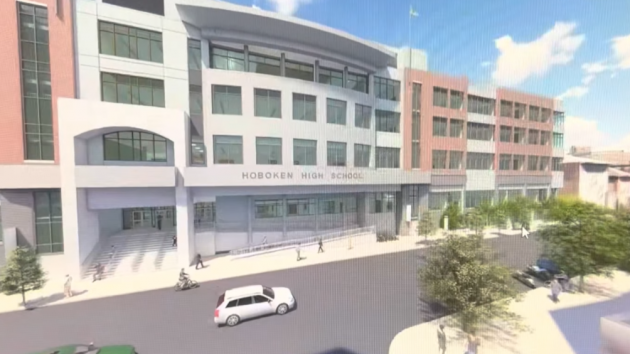 According to NJ ELEC regulations, joint committees must file if they raise more than $3,200, with a committee needing to report a contribution or expenditure in excess of $1,900 within the 48-hour reporting period.

FNHHS is chaired by Antonio Grana, a local parent who also serves on the zoning board, and lists Laura Block as their treasurer, according to a committee filing with the New Jersey Election Law Enforcement Commission yesterday.

Jim Kocis, of the Burgess Group, was the largest donor by far, contributing $4,000 on January 14th, according to a separate campaign finance filing from the same day.

Their largest expenditure was to Connecticut-based Mission Control, who received $5,493.20 for the printing and postage for direct mail on January 13th. They were also utilized by Mayor Ravi Bhalla and his team last year.

The Hoboken Friends and Neighbors group is listed on at least two mailers (though without an explicit “paid for” line), with window and lawn signs being paid for by the Hoboken Republican Party.

Jerome Abernathy, one of several spearheading the vote no effort, said they are “a loose confederation” of groups as opposed to one organized entity like the FNHHS.

“We’re a loose confederation of a number of ‘vote no’ groups, so there’ll probably be multiple filings by multiple groups. I think our aggregate spending is similarly small,” he said in an email.

The Hoboken school referendum is on January 25th.

LETTER: Hoboken needs to vote for BOE trustees who can plan...