The East Newark Borough Council approved a $180,000 settlement with their former chief financial officer, who also serves as the board of education president, to avoid litigation.

Brigite Goncalves will receive the six-figure settlement following a unanimous vote (6-0) by the council at last week’s meeting, which was executed “so not to expose the Borough to greater liability as the result of protracted litigation and a trial,” the resolution says.

According to the resolution, $147,000 will be covered by the borough’s insurance, while $33,000 will come from borough funds from an account to be determined by the acting CFO.

Goncalves has also previously served as the deputy municipal registrar, as well as the secretary for the East Newark Planning Board.

He said at the time that he is still awaiting the results of a New Jersey Department of Education’s Office of Fiscal Accountability and Compliance (OFAC) investigation into whether or not Grilo tried to exert her influence over the board.

East Newark council members could not immediately be reached for comment on Tuesday. 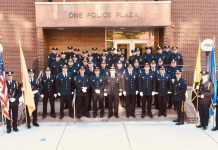 After 3 years with no deal, Hoboken council to vote on superior police officers’ contract 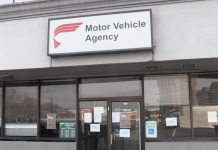