Despite being defeated by longtime rival Nick Sacco in the North Bergen municipal election yesterday, Larry Wainstein says that “change is coming to North Bergen!”Â 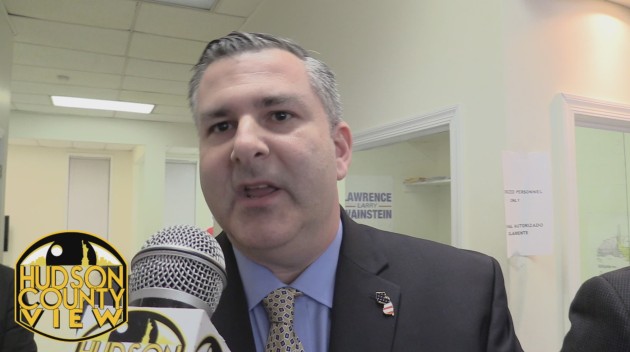 “Our movement to bring real change and honest government to North Bergen has just begun,” Wainstein said in Â a statement.

“Yesterday, we received more votes against the Sacco Machine than any other candidates in the 3 decades that Sacco has been in office.The results did not come easy.”

Sacco defeated Wainstein by a margin of 3,561 votes (8,465 to 4,904) according to the Hudson County Clerk’s Office, a clear-cut victory, though far more competitive than what Sacco’s opponents have been in the past.

Wainstein also pointed to a report from Politicker NJ that stated Sacco called for reinforcements outside of North Bergen to get the vote out yesterday, stating that, for this reason, he didn’t truly leave the election up to North Bergen residents.

“Sacco has spent 30 years getting rich off the back of North Bergen taxpayers,” Wainstein added. “There is no lie he won’t tell to protect his 3 paychecks. The people of North Bergen are waking up to the corruption and nepotism of the Sacco Administration.”

“Yesterday, hundreds of North Bergen residents volunteer to help bring change to North Bergen. We are not going anywhere. Change is coming and Sacco knows it.”

Wainstein concluded by thanking everyone who voted for him, saying “together we have started a revolution” that will change the future of North Bergen, a place he is “very fortunate” to call home.