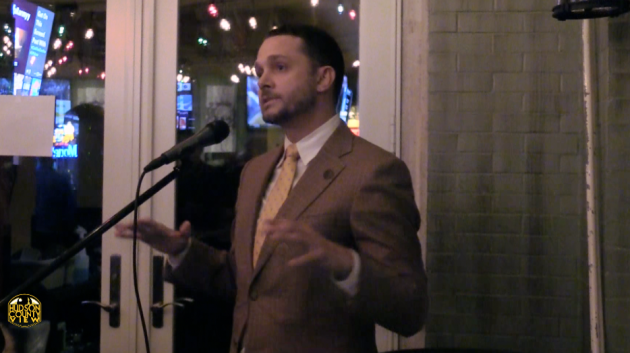 The LGBTQ Victory Fund works to change the face and voice of Americaâ€™s politics while striving for equality by increasing the number of elected officials nationwide who openly identify as LGBTQ, according to their website.

â€œDefending and protecting the rights of all Hoboken residents has been one of my top priorities since taking office. Whether it be pushing for new energy and new ideas in our local government or advocating for the LGBTQ community, I have always put the best interests of Hoboken above all else,” DeFusco said in a statement.

“I am proud to receive this important endorsement and look forward to working with the Victory Fund and Hudson County Democratic Organization to continue building a diverse and inclusive party.”

DeFusco is the chair of the Hudson County Democratic Organizationâ€™s LGBTQ Caucus and is aiming to help all 12 municipalities achieve a score of 100 in the Human Rights Campaignâ€™s Municipal Equality Index.

He is currently one of only two candidates in New Jersey to be endorsed by Victory Fund during the 2019 election cycles.

â€œCouncilman DeFuscoâ€™s commitment to accountability and smart public policy that addresses the real concerns of constituents makes him the best candidate to represent Hobokenâ€™s First Ward. When Councilman DeFusco wins in November, he will continue to not only be a vital voice and advocate for the LGBTQ community, but for all of Hoboken.â€

Victory Fund is the only national Political Action Committee dedicated to electing LGBTQ individuals to all levels of government since 1991.

DeFusco was the first member of the Hoboken council to announce he would be seeking another term back in February, although the city’s ward races aren’t until November.

He remains the only incumbent to do so as of this writing, though all five of his colleagues up for re-election are expected to follow suit for the time being.