There is a “current FBI investigation” at the Jersey City Employment and Training Program, according to a new court filing related to a whistleblower case involving a former employee. 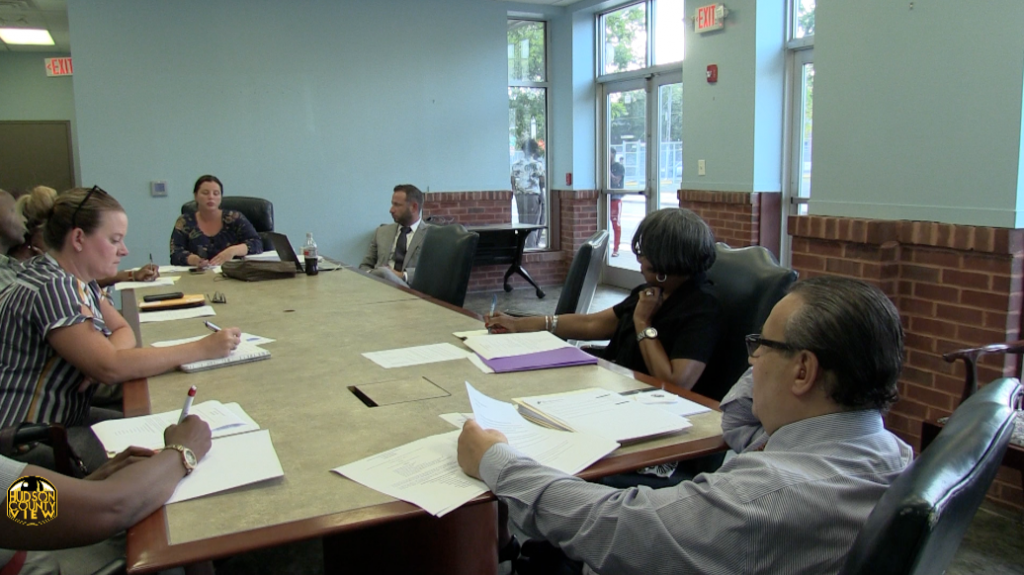 ” … Due to the nature of this lawsuit and the current FBI investigation, we necessarily had to have continuous and numerous conversations with our attorneys regarding the veracity of the allegations in the Complaint, the factual background, and other facts relating to this lawsuit and our defense,” JCETP Board Chair Stacey Flanagan said in an October 23rd motion to vacate default against the agency.

“At all times, I responded to this lawsuit and our attorneysâ€™ requests as quickly as possible, all the while complying with an FBI investigation, agency audits and numerous OPRA requests, searching for an Executive Director, rebuilding our Board, and addressing the vast amount of issues from Plaintiffâ€™s and Thomasâ€™ employment with the JCETP.”

The motion was filed after Hudson County Superior Court Judge Anthony D’Elia entered defaults against JCETP and Angel Santa, their former director of finance and administration, on October 10th.

His decision came following a motion made by Bill Matsikoudis, who is representing Nuria Sierra – who worked as a JCETP accounts and payable clerk before being laid off in July.

He said that the latest court filings make it clear that Sierra should, at the very least, get her job back.

“It’s remarkable that notwithstanding the fact that the JCETP seems to confirm that our client blew the whistle on criminal conduct and was subsequently terminated, they refused to acknowledge that she was wrongfully terminated and continue to pour salt in her wound,” he stated.

“Nuria was fired for doing the right thing and they should make that right.”

Prior to filing her complaint on August 9th, Sierra sent a letter to the offices of the U.S. Attorney and New Jersey Attorney General asking them to investigate JCETP Acting Director Sudhan Thomas for writing three checks to cash totaling $16,500, among other things.

Santa’s remarks in his motion to vacate default corroborated many of Sierra’s allegations, such as that Thomas opened up several JCETP bank accounts that no one else was able to access.

However, according to prominent criminal defense attorney Chris Adams, who is representing Thomas in the matter, Santa’s remarks are false and the complaint as a whole is “politically motivated.”

“Angel Santaâ€™s response to the complaint is demonstrably false and we look forward to proving that in court,” he told HCV.

“As for the clearly politically motivated complaint â€“ it is nothing but the work of a political opportunist. That, too, we look forward to proving in court.”

One of Adams’ most high profile Hudson County cases was in December 2016, where he served as co-counsel for ex-West New York Mayor Felix Roque in a commercial bribery case where he was acquitted on all counts.

Thomas was one of two officials who said in June that “millions” of dollars were misdirected to the New Jersey Re-entry Corporation, the non-profit run by the preceding JCETP executive director, former Gov. Jim McGreevey (D).

They said their conclusions came from a forensic audit that is yet to be released publicly, with the reasoning at the time being that “law enforcement” was reviewing it.

Thomas told us today that the report had been sent to the U.S. Attorney’s Office and reaffirmed that he believes the legal matter with Sierra stems from his feud with McGreevey.

Additionally, McGreevey and Thomas have publicly denied any wrongdoing and have previously pointed the finger at each other over the recent turmoil at JCETP, which they again did today.

“Sierra was the fulcrum between McGreeveyâ€™s NJRC and JCETP: Sierra wrote out every check, paid every bill, and personally posted every transaction in the JCETP-NJRC financial accounting software, totaling over $ 2.8 million in co-mingling of JCEPT funds,” Thomas responded.

In the summer, Robert Knapp served as board chair for less than a day before resigning, with three other commissioners joining him in short order.

However, the situation appeared to end on a high note when JCETP hired Katrice Thomas (no relation to Sudhan) at the end of August, making her their third full-time director this year.

Sudhan Thomas is also the Jersey City Board of Education president and is up for re-election on November 5th.

Both the U.S. Attorney’s Office and FBI Newark Office said they do not confirm or deny the existence of an ongoing investigation.