Unsure of what’s on your ballot today? Check out this last minute breakdown of what Election Day has in store for Hudson County voters.Â 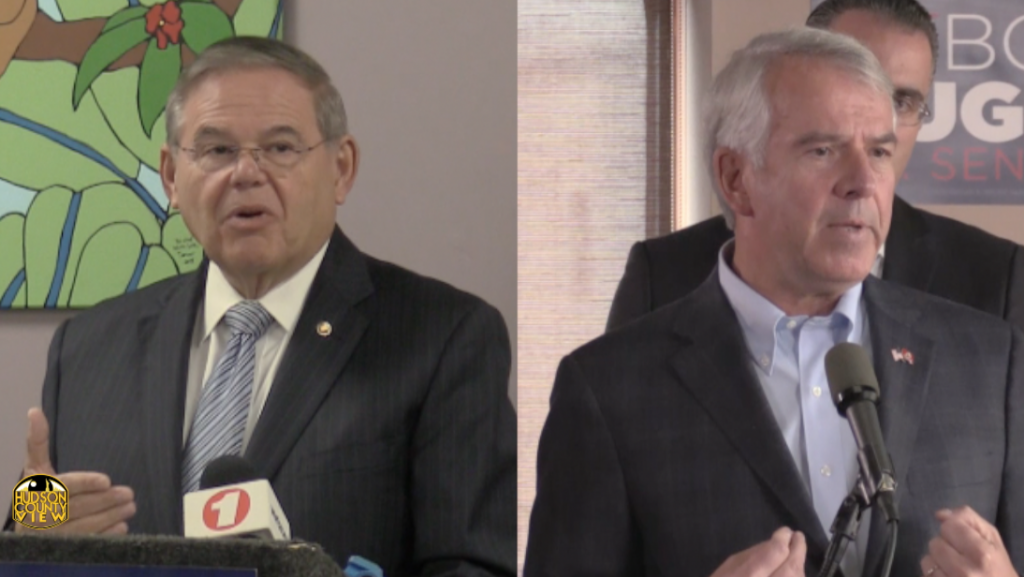 You may have heard there’s a U.S. Senate seat up for grabs today. Seriously, if you’re reading this, what else needs to be said that hasn’t already been said?

Bob Menendez, a Democrat, is seeking a third term as he struggles to rebuild his reputation after going through a long and hard corruption trial that ended in a hung jury.

Meanwhile, Bob Hugin, a Republican, has obliterated Menendez with an expensive ad campaign highlighting the trial over the past five months as he staves off accusations that he ripped off cancer patients and would be a yes man for President Donald Trump.

Despite an unbelievably crowded field, this race has been awfully quiet. The vast majority of candidates were not interested in debating and, in very uncharacteristic fashion, no attacks have been launched.

“The Together We Can” slate of Jodi Casais, Jan Egan and Alicia Losonczy has the backing of Mayor Jimmy Davis and Assemblyman Nick Chiaravalloti (D-31) and has by far spent the most money in the race – granted almost no one else has even attempted to fundraiser.

For the a more in-depth analysis of the crowded race, check out our story from July (note that Edith Ferrell dropped out of the race).

The so-called “Old Guard” has finally given up trying to challenge the “reform” candidates, leading to an unexpected team up between Tom Kluepfel and John Madigan (newcomer Malani Cademartori rounds out the Hoboken Proud team).

While he may have irritated some of his base, Kluepfel seems poised to win easily, though the waters get murky after that. Ailene McGuirk, an independent, has been campaigning hard and has the support of many current and former electeds.

And of course it wouldn’t be a Hoboken BOE race if Pat Waiters wasn’t in the mix. And if it matters, all the terms are for three years.

In 2018, politicos are far more interested in seeing if Hoboken will vote to bring back runoffs, which was eliminated via referendum in 2012. Seven of the nine city council members are backing runoffs and Mayor Ravi Bhalla is against such a move.

Additionally, both The Jersey Journal and hMAG endorsed reinstating runoffs.

Trustees Mussab Ali and Marilyn Roman, along with newcomer Joan Terrell-Paige, are squaring off against Trustee Vidya Gangadin, Neil Abadie and Dominique Smith.

Unlike previous years, there is no big money involved and Mayor Steven Fulop is staying out of it, though Council President Rolando Lavarro and Ward E Councilman James Solomon have been heavily involved with the GAS effort.

Overall a highly tepid affair, the JCEA threw a few bombs in the finals days of the race, none of which are likely to impact the final outcome. Those unimpressed with each complete slate can vote for independents Natalia Ioffe and/or Asmaa Abdalla.

For what it’s worth, The Jersey Journal endorsed Gangadin, Smith and Ioffe.

The anti-establishment ticket, simply deemed the “WNY Independents,” consists of three first time candidates: Richard Acosta, George Payan and Cheryl Barona. While they are severely outmatched in terms of resources, they have knocked on doors, distributed literature and enjoy optimal ballot position.

Finally, “WNY Cares” features Trustee Lorena Portillo, Jesus Aristy and John Toomey. This slate barely has a pulse after Mayor Felix Roque and his allies decided in the 11th hour that they would not be getting involved.