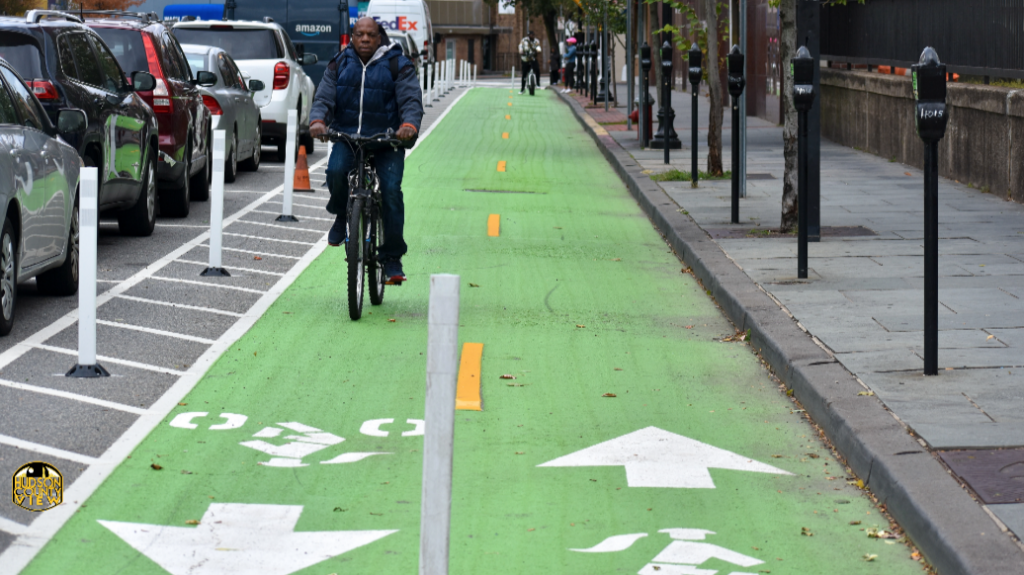 “This election is a referendum on whether residents in Ward C want more bike lanes or more parking spots, and Kevin Bing’s plans to change streets like Baldwin Avenue to one way, which city traffic planners have said will eliminate 70 parking spots alone, should be a nonstarter,” Boggiano said in a statement.

“Residents know that I won’t trade valuable parking spots for bike lanes, because I know how important parking is to our quality of life.”

A staunch advocate of bike lanes and pedestrian safety, Bing is calling for these additions on Baldwin and Summit Avenues, which Boggiano’s campaign asserts would eliminate “hundreds of parking spaces.”

Joanna Washburn, a Ward C resident, and Raju Radia, a local business owner, came out in support of preserving parking.

“Being able to reliably find parking in my neighborhood makes a huge difference to my whole family’s quality of life. I’m excited to vote for Councilman Boggiano on December 7th, and am so happy that he’s fighting for us at City Hall,” Washburn stated.

Bing, whose transportation plan calls for putting the needs of pedestrians, cyclists, and public transit riders on par with drivers, responded in kind, eagerly returning fire against his opponent.

“He cites a number parking spaces that are going to be removed after saying there had not been enough community input. That was in January and it’s now November, with no workshops and no public feedback whatsoever in between,” he began.

“I want the voters to look at the argument that Rich is making: this is classic Trump-style demagoguery. This is why he’s in the runoff for a third time and he’s resorting to dirty tricks: he’s trying to divide and conquer. He wants voters to decide if they’re a bicyclist or a driver … I’ve said that everyone wants to get from point A to point B safely. Over the past 8 years, do they feel parking has gotten better? Have we seen an actual reduction in traffic crashes?”

He also exclaimed that there’s no simple solution to parking, proven by Boggiano’s two-term tenure in office, as well as that the Parking Master Plan is “sitting there collecting dusk because we don’t have the political will to do something.”

Bing made the runoff after securing about 30 percent of the vote on November 2nd, compared to Boggiano’s roughly 44 percent.

The third candidate in the race, Tom Zuppa, has not endorsed a candidate yet for the runoff.