A Bayonne plumber admitted to colluding with other contractors to secure projects funded by the U.S. Department of Housing and Urban Development grants, U.S. Attorney Paul Fishman announced.Â 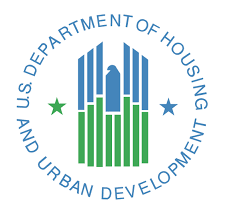 Youngclaus was the owner of JRY Plumbing and Heating, a plumbing company in Bayonne, and The City of Bayonne Department of Community Development (CBDCD) was a government agency that received funds from the HUD, authorities said.

Under a federal program, grants provided up to $200,000 to low-income families to rehabilitate and repair their homes regarding conditions affecting health and safety, accessibility, energy efficiency or code compliance, officials said.

The CBDCD selected contractors for the HUD-funded rehabilitation grants through a competitive bidding process that required the submission of bids from competing contractors with estimated price quotes. The CBDCD selected the lowest bidder for particular applications, court documents show.

Between January 2012 and December 2012, Youngclaus solicited, received and submitted bids from competing contractors that were higher than the bids that Youngclaus submitted to the CBDCD on behalf of JRY, officials said.

On at least one occasion, Youngclaus received blank invoices from a competing contractor and Youngclaus wrote the job details and price quote on the blank invoice and submitted the fraudulent bid along with a lower bid from JRY to the CBDCD for a certain grant-funded job to obtain the grant project, authorities said.

Additionally, court documents describe at least two instances when Youngclaus submitted fraudulent bids from competing contractors for properties that he owned in Bayonne.

Although the jobs were awarded to the competing contractor with the lowest bid, JRY plumbing performed the work on the properties owned by Youngclaus and received the payment for the work, officials said.

As a result Youngclaus’ collusion scheme, Â JRY wrongfully obtained $224,250 in HUD funds from the CBDCD during 2012, authorities said.

The theft of government funds charge caries a maximum penalty of 10 years in prison and a maximum fine of $250,000. Youngclaus’ sentencing is currently set for June 22, 2015.