Bayonne Mayor Jimmy Davis and his team have officially pulled off a sweep after provisional ballots have been counted. 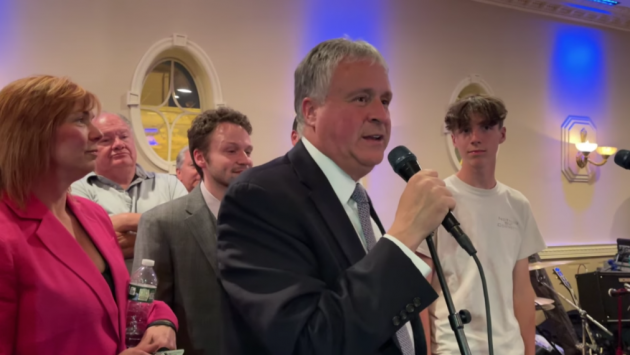 Davis, elected to a third term, finished last week about 75 votes ahead of the 50 plus 1 runoff threshold and is about 105 to 120 over today, Hudson County Board of Elections Clerk Michael Harper told HCV.

While Davis had a convincing lead on Election Night, 50.81 percent of the vote to 42.67 for Council President Sharon Ashe-Nadrowski, 288 provisional votes still had to be tabulated before certifying the results – which the Hudson County Clerk’s Office will do by the end of the day.

The HCCO’s website currently shows 4,899 ballots cast for Davis and 4,124 for Ashe-Nadrowski.

Retired Police Officer Loyad Booker, who ran for a council-at-large seat with Team Davis, was just a dozen or so votes from avoiding a runoff, but increased that lead to about 50-60 votes today, Harper said.

Booker will be the first Black councilman in Peninsula City history.

Davis called a sweep at his victory party at The Chandelier Restaurant on Tuesday, while Ashe-Nadrowski said she was expecting a runoff.

She did not immediately respond to an inquiry about what she plans to do next, but state statutes say she has until May 27th to file for a recount and until June 11th to contest the election.

The Bayonne inaugurations for the mayor and council are currently scheduled for July 1st at City Hall.