The City Hoboken was facing a looming budget deficit of anywhere from $7 to $14 million back in January, but that figure has almost certainly multiplied since then due to the financial uncertainty created by COVID-19. 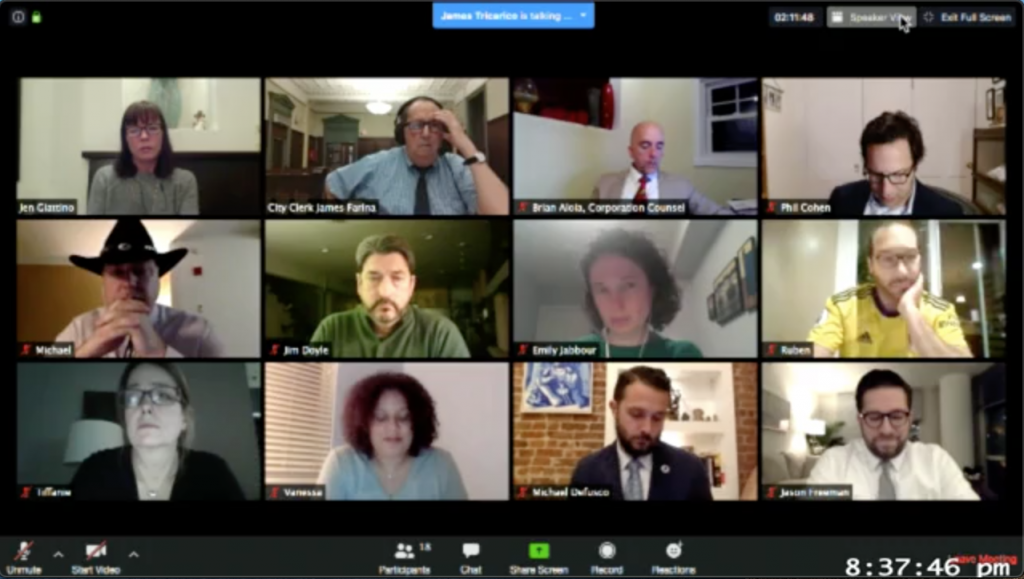 It’s a similar story throughout the county and state as the virus decimates plans municipalities may have had for financial stability.

Neighboring Jersey City faces at least a $70 million budget deficit and is offering buyouts to 400 City Hall workers, of whom have a combined salary of about $22.7 million.

“The COVID-19 crisis has had a large impact on municipalities across New Jersey, and Hoboken is no different. The city has seen a substantial loss of revenue due to the pandemic, and is evaluating added public health expenses, including COVID-19 testing, and changing projections by the day,” city spokesman Vijay Chaudhuri said this afternoon.

“Mayor Bhalla has been in close contact with our federal and state elected officials and is hopeful Hoboken and Hudson County will receive additional relief from the pandemic.”

Hoboken officials recognized the potential for nearly 80 layoffs in January, which caused a flurry of residents to speak against the proposal during a council meeting last month – which occurred prior to the new norm of social distancing.

During last night’s remote council meeting, officials committed to not laying off the 79 employees that had previously been noticed.

However, Jason Freeman, the city’s acting business administrator, did not specifically comment on if there will be any layoffs in the city’s proposed budget.

“We’re still evaluating those things, there’s still a lot of guidance that needs to be had…” he said. “We’re trying – despite all of the COVID-related things that are on everyone’s plate everyday – we’re still trying to move forward with a budget.”

Freeman added that the city does not have a preliminary budget to introduce at this time. City officials could not estimate what the deficit looks like at this time.

“While the city already had challenges with the rising fixed costs in this year’s budget, the COVID-19 crisis has made it substantially more difficult, and it would be fiscally irresponsible to the taxpayer to take any options off the table,” Chaudhuri also said.

Last night, in a move signaling their anxiety over the potential for layoffs, the council voted 6-3 to pass a resolution urging Mayor Bhalla’s administration “to suspend all pending layoffs and publicly present a comprehensive outline of the municipal budget.”

â€œOver the past three months, members of the City Council have repeatedly asked the administration to share with us a comprehensive outline of Hobokenâ€™s finances, a request that has still gone unanswered,” 1st Ward Councilman Mike DeFusco said in a statement.

“Having still not seen as much as a budget proposal, even as neighboring cities have introduced their budgets, it would be irresponsible for the city to lay off any employees until we have time to properly review the numbers, line by line.”

He added that he didn’t want to see the city use the public health emergency “to cover up the preexisting deficit.”

During the meeting, other council members expressed frustration over not being kept in the loop.

Councilwoman Vanessa-at-Large Falco, for example, said she had a requested details of the proposed budget a month ago but had not received anything.

“The intellectual property of our city employees should not be put on the butcher’s block before this council has a say,” DeFusco added during the virtual meeting.

Furthermore, Council members Phil Cohen, Jim Doyle and Emily Jabbour, who all voted no on the measure, panned the resolution as a “shameless” political move by DeFusco.

Doyle called the resolution “shameless,” and said it was “not the time to be making political attacks.”

“With the sentiment of this resolution; it implies that the administration hasn’t been working on the budget when in fact they have. I would encourage that you would put this to the side and not be political about it,” Jabbour stated.