After working alongside the Jersey City Anti-Violence Coalition Movement and the New Jersey chapter of the ACLU, Ward E Councilman James Solomon is unveiling a proposal to allow a civilian complaint review board to have a “trigger mechanism” and subpoena power. 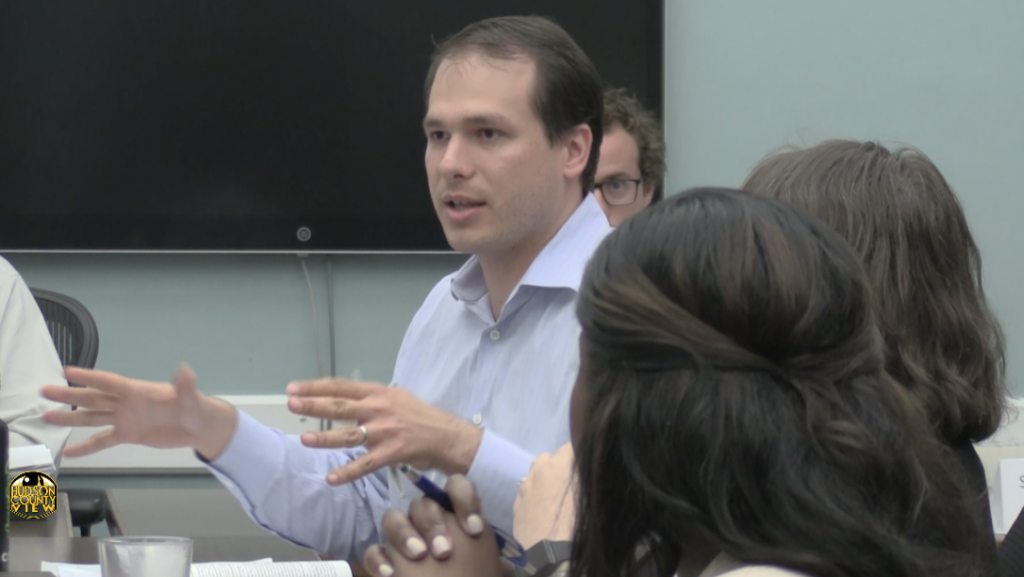 The ordinance, set to be introduced for first reading at the September 23rd council meeting, will allow CCRBs to have subpoena power for investigations, disciplinary power to ensure follow through and budget protections to ensure transparent investigations.

This step is necessary following a New Jersey Supreme Court ruling that limited the powers of Newark’s CCRB.

Shortly thereafter, a groundswell of support to give CCRBs subpoena power began to emanate out of Jersey City.

“We hold an uncontroversial belief: that everyone in Jersey City should be treated with dignity by police officers. And that belief led us to model a CCRB that can really build trust between our officers and our community,” JCAVCM Executive Director Pamela Johnson said in a joint statement.

For more than three years, members of the Jersey City Anti-Violence Coalition and other south side community activists have called for a CCRB.

Beginning in June of this year, they met regularly with neighborhood residents, law enforcement representatives, the ACLU-NJ’s attorneys, and Solomon, who were all part of a virtual August 19th town hall attended by over 100 people.

The local legislation would also allow board members to be nominated by local community and civil rights organizations.

“These five core principles define a strong CCRB. Without any one of them, the board’s ability to deliver independent oversight is severely diminished. We are excited to see an ordinance advance with key pillars in place to demonstrate to officials in Trenton the strong demand for CCRBs statewide,” noted ACLU-NJ Executive Director Amol Sinha.

In just the past two weeks, there have been two police incidents in Jersey City that have faced scrutiny from community members.

An August 29th incident on Neptune Avenue where an officer grabbed a man’s neck and hair before arresting him led to questions of whether or not the appropriate amount of force was used.

More recently, on Tuesday, an officer shot an armed man in the wrist after he raised a weapon, according to the Hudson County Prosecutor’s Office, which still has some residents asking for an immediate release of body cam footage from the scene.

Jersey City Public Safety Director James Shea said at a press conference that video from the incident will be released once the HCPO completes their investigation.

Solomon told HCV this morning that both scenarios are prime examples of where a CCRB would be effective to objectively sort out the facts.

Solomon added that if his CCRB proposal is approved, their would be nine members.

Those would be comprised one pick each from the following groups: PACO, the Jersey City NAACP, Jersey City Together, Hudson County Partnership CMO, ACLU-NJ, Hudson Pride, and the JCACM.

Additionally, there would be one former member of law enforcement, along with three council members or their respective designees.

Furthermore, Mayor Steven Fulop would send nominations to the city council, who would ultimately vote to approve those choices.

Along with Councilman-at-Large Rolando Lavarro, the Downtown councilman pushed for a measure that would have redirected $5 million from the city’s Public Safety Department into community-based programs in the midst of calls to defund the police (though their proposal would’ve utilized money that came mostly from retirements and called for no layoffs).

While that effort was unsuccessful, Solomon said he was hopeful he would have the support of the majority of his colleagues this time around.

“I believe a strong CCRB will help our city … and that a majority of the council will agree.”