After months of going back and forth on smart development, transparent government, efficient spending and a plethora of other issues in Bayonne, Mayor Jimmy Davis and his slate completed a clean sweep.Â 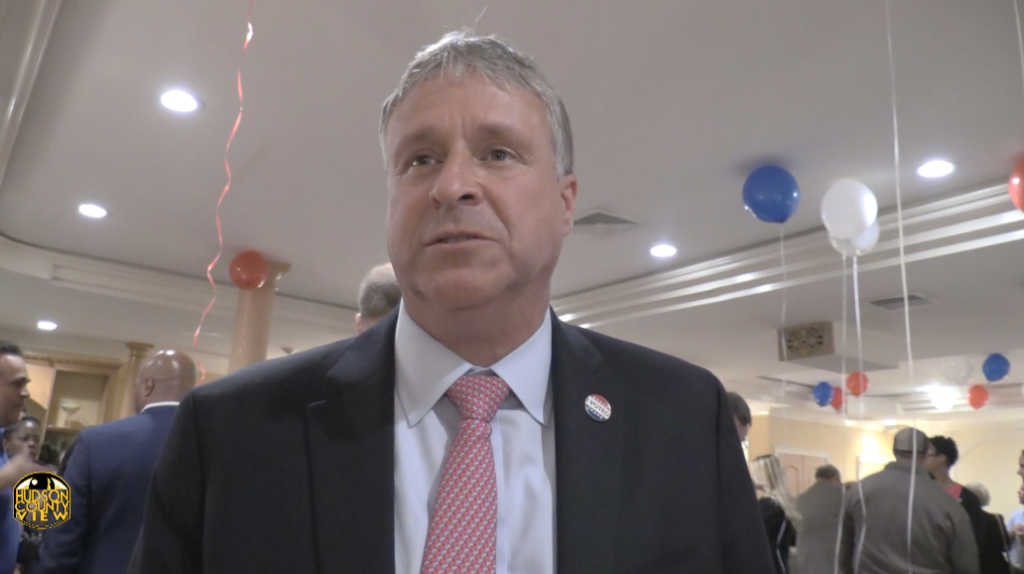 Additionally, Dr. Mitchell Brown, an independent candidate, was a non-factor in the race with 525 votes.

“I wasn’t surprised that a won – the margin? Yea, the margin kind of surprised me a little bit, I thought it would be closer,” Davis told Hudson County View at his victory party at the Villa Maria – the same spot where he celebrated ousting Mark Smith four years ago.

“But you know what? [Hudson County Executive] Tom DeGise always told me you run unopposed or you run scared and we ran really hard this time – we worked really hard in this election.”

The newly re-elected mayor added that nothing about the campaign surprised him, noting that his immediate plans are “to keep this city moving forward,” emphasizing that “it’s my job to bring this city back together now.”

Throughout the campaign, O’Donnell was heavily critical of the incumbents tendency to give tax abatements to developers, though Davis countered that abatements are necessary to move the city forward while fighting through a multi-million dollar deficit.

While the campaign was a typical Hudson County slugfest, on Election Day, for the most part, both major camps got down to business and were focused on getting their vote out.

At the end of the day, the O’Donnell team had little to offer the incumbents, providing a stiff test in the 2nd Ward – with Kevin Kuhl losing to Sal Gullace by just 68 votes – but getting blown out in the other four council races.

Despite the disappointing results, O’Donnell told supporters he was proud of the campaign he ran.

With the victory, Davis avoids a June 12th runoff: which would’ve fallen on the same date that the Hudson County Democratic Organization will vote on their new chairman.

That promises to be another a contentious intra-party affair, with state Senator (D-33)/Union City Mayor Brian Stack set face off with an opponent chosen by County Executive Tom DeGise.

Hudson County View first reported that three names were on the short list of Stack challengers and has since learned that Jersey City teacher Kristen Zadroga Hart is the frontrunner.

DeGise, who seeks re-election next year, and Davis previously traded endorsements and the end result is great news for the county executive: who can now expect the vast majority of the 102 Bayonne Democratic Committee members to vote against Stack next month.

Editor’s Note: This story was updated with new information after the final Bayonne vote tallies were available.Â