11 candidates are seeking four Jersey City Board of Education seats, three, three-year terms and one, one-year term, in a race where there is only one full slate. 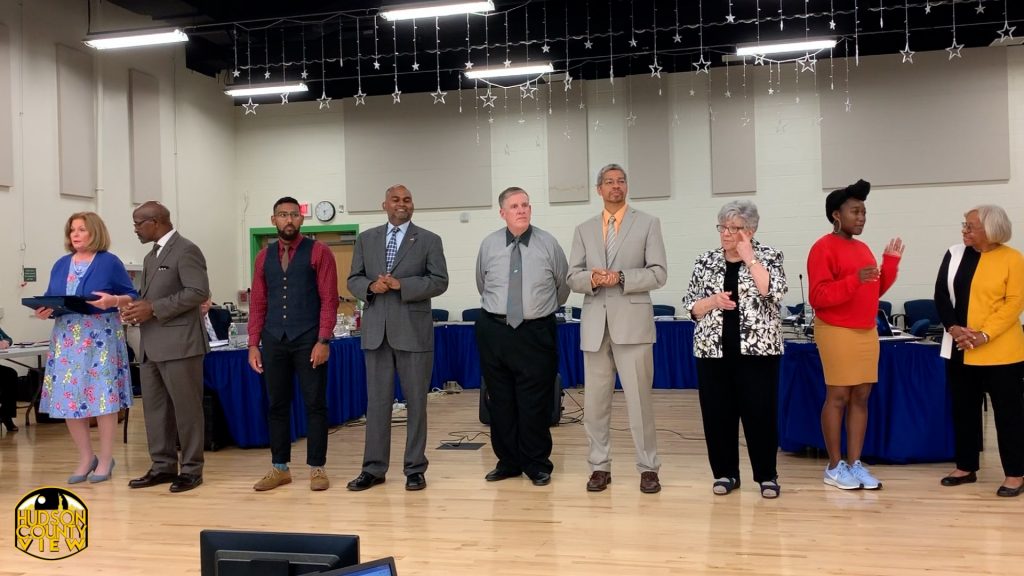 Predictably, all three incumbents, Sudhan Thomas (the board president), Gina Verdibello (who is seeking the one-year term) and Gerry Lyons are running under the “Education Matters banner – which has routinely been the slogan of candidates backed by the Jersey City Education Association.

Joining them this time around is Darwin Ona, a local police officer who serves on the Jersey City Redevelopment Agency board, according to their website. Along with Thomas and Lyons, he will be seeking a three-year term.

The only other two candidates running under the same slogan are Noemi Velasquez, who works in the governor’s office, and Asheenia Johnson, a part-time aide for both Ward F Councilman Jermaine Robinson and Assemblywoman Angela McKnight (D-31).

They are running as part of the “Change for Children” ticket.

Jones does not have a slogan, Louhar registered under “Trust, Personalization, Inspire,” while Stafford is going for a similar vibe with the “Passionate, Dedicated, Caring” banner.

Neither of them registered under any slogan or banner and therefore appear to be running independently.

The Jersey City BOE is currently embroiled in a lawsuit with the state seeking to be reimbursed for $795 million in school funding, adding the New Jersey Schools Development Authority to the legal matter last week.

As has been the case for the last several years, school funding will inevitably be one of the most heavily debated issues heading into this November 5th BOE race.