After over two years, the West New York Zoning Board of Adjustment finally made a decision on a 12-story, 101-unit proposal on Boulevard East: voting down the project unanimously. 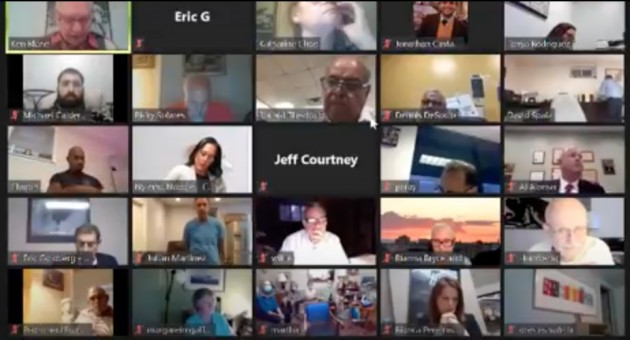 “More is needed, and in my opinion, that burden has not been met by this developer’s presentations and proofs regarding this project,” began West New York Zoning Board Chairman Kenneth Blane.

“To be more explanatory and explicit, the application before the West New York zoning board is to construct a 12-story, multi-family structure containing 101 units, with 101 off-street parking spaces,” he continued, noting that the project was seeking nine variances in total.

The developer, Novus Equities Skyline, also known as Novus Landmarks West New York, first submitted a notice to have the project heard in the summer of 2018, which was accepted on August 16th, 2018 – back when they were proposing 15 stories.

From there, the project was carried a dozen times before finally coming in front of the ZBA last night.

Back in November 2018, the planning board voted against a measure to reexamine the town’s master plan, where many residents expressed that they felt an affirmative vote could have paved the way for a very large Novus development.

Blane also indicated that this proposal went against the municipal zoning code, would violate the master plan approved in 2015, and said flat out that it would be “impermissible” and “illegal” for the ZBA to grant all of the accommodations being requested.

Since it’s inception, the proposed building site has been panned by residents of the neighboring Versailles, the development aimed to build at 6605 Boulevard East and the Versailles is located at 6600 Boulevard East.

“If approved for this specific site on Boulevard East, this project would set a very bad planning precedent by creating, for the very first time, an undesirable ‘canyon effect’ in that the building will be face-to-face with another high-rise building – namely the Versailles apartment building – on a relatively close and narrow portion of Boulevard East and create the very claustrophobic and overcrowding atmosphere that currently does not exist anywhere else,” Blane continued.

Ultimately, a motion to reject the proposal passed unanimously (7-0).