In a vote that took just a matter of seconds, the West New York Board of Commissioners voted to dissolve their Health Department by approving a shared services agreement with North Bergen, a move that that panned by a lawyer representing the town’s health officer.Â 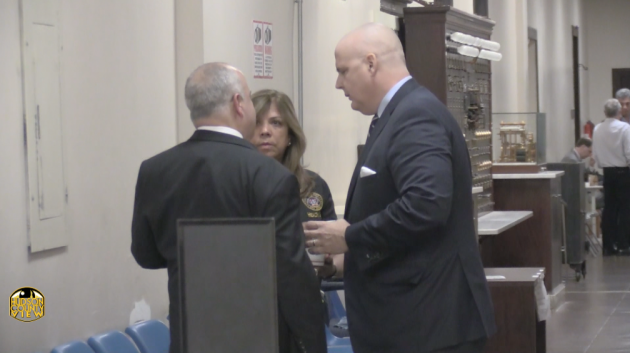 Louis Zayas, the attorney representing Gina Miranda-Diaz, blasted the move, which passed by a vote of 3-2 at Wednesday’s meeting (Mayor Felix Roque and Commissioner Sue Colacurcio voted no).

“The Sacco Commissionersâ€™ decisionâ€™s to dismantled the Health Department, solely responsible for full-time well-being of the people of West New York and replace it over to a part-time North Bergen political crony, is disgraceful because they are sacrificing public safety over petty politics,” Zayas said in a statement.

“If the Sacco Commissioners were truly interested in cutting costs, rather than cutting public safety, they would be hard pressed to find a more appropriate source of cost-savings than firing the town engineering firm, Remington, Vernick, & Arango Engineers and replacing them with two full-time town engineers â€“ and still have savings equal to the budget of the Health Department.”

According to public records, Miranda-Diaz’s most recent salary was $172,647.45. She is also the wife of Manny Diaz, a top political advisor of Roque who also earns over six figures at Town Hall.

“Not surprisingly, the Remington firm is a major political supporter of and maintaining strong political connections with the Sacco Commissioners,” he concluded.

Despite Zayas swinging for the fences, the Town of West New York maintained their stance that the shared services agreement, which goes into effect on September 8th, is about saving money for the local taxpayers.

“The West New York Board of Commissioners has taken a forward-thinking and innovative approach to providing improved health department services at a dramatically lower cost for taxpayers by adopting these shared services agreements,” town spokesman J.P Escobar said in an email.

“Municipalities all over the state have a mandate to consolidate services where possible in order to reduce the burden on taxpayers, and West New York is following a successful tradition of shared services in North Hudson by adopting this agreement with North Bergen.”

Escobar further stated that West New York is spending less money of engineering services with Remington than it did with their previous vendor, who he did not mention by name.

He credited the current firm for helping build the splash park at Miller Park, as well as aiding the town in receiving $1.5 million in state grants.

“The frivolous lawsuit filed by Mr. Zayas and his public statements are an attempt to demonize a forward-thinking and progressive shared services policy that is clearly in the best interests of West New York taxpayers,” Escobar stated.

“His vitriolic attempts to stop this policy from being implemented and preserve a current system that unfairly overburdens West New York taxpayers will not succeed.”