The West New York Board of Commissioners approved a measure that says elected officials can no longer use police escorts to events or appointments at Thursday’s meeting.Â 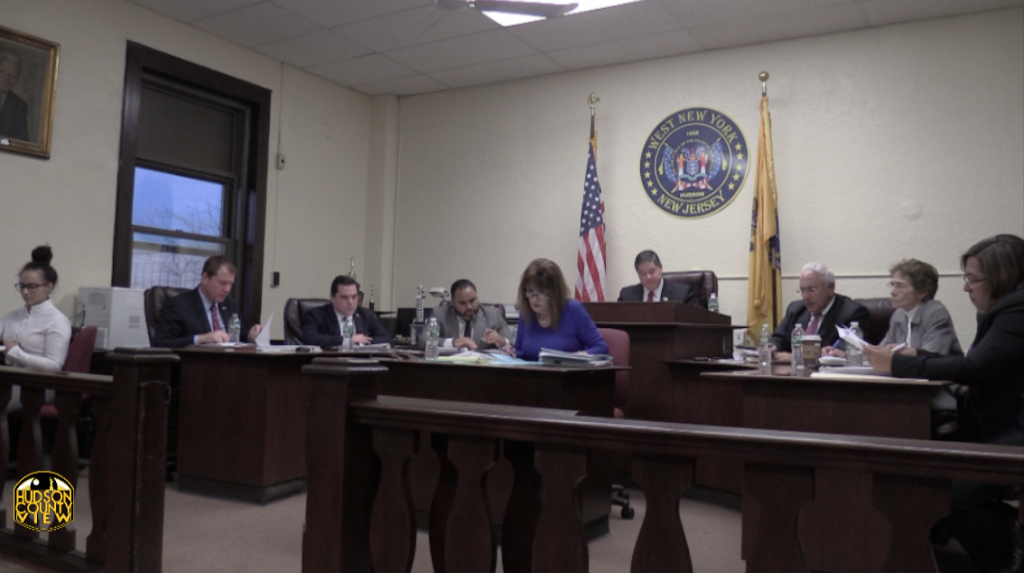 ” … No officer of the West New York Police Department shall be utilized to accompany, drive, or escort a member of the governing body of the Town of West New York to any events or appointments from the adoption of this resolution first,” the resolution says.

Additionally, Roque no longer has the ability to sign off on the town payroll: that responsibility now lies with Cryan, Revenue and Finance Commissioner Gabriel Rodriguez and Cultural Affairs and Parks and Public Property Commissioner Margarita Guzman.

In yet another add-on agenda item that was passed unanimously by the governing body, “a long form” request must now be made to hire a new employee, give a current employee a raise, or promote a part-time employee to full-time.

In order for the aforementioned actions to be approved, the commissioner of the potential hiring/promoting department must submit a request to the commissioner of revenue and finance – who then must seek approval from the administrator and the chief financial officer.

This measure was passed in response to Roque giving Manny Diaz, his confidential aide who was hired at a salary of $110,000 last year, a raise earlier this year without board approval, sources told Hudson County View.

According to the latest West New York payroll obtained through an Open Public Records Act (OPRA) request, Diaz now earns a $127,200 a year.

Diaz’s wife, Gina Miranda-Diaz, the director of the town’s health department who earns $170,647.45 annually, has also caught the board’s attention: a resolution to create a health department committee was also approved.

This committee will consist of Cryan, Rodriguez and Michael Jimenez, an attorney at Scarinci Hollenbeck – the law firm that represents the Town of West New York.

According to the resolution, the committee was “established to make recommendations and explore department operations, including but not limited to shared service agreements with regard to the Health Department.”

The committee is scheduled to report back to the full board of commissioners at their May 16th meeting.

While the entire agenda passed without a hitch at a fairly uneventful meeting last week, the aforementioned resolutions are the latest examples of Roque and Colacurcio being on the outs with their colleagues on the board.

Last month, Rodriguez and Public Affairs Commissioner Cosmo Cirillo led the charge to move Rodriguez to the Revenue and Finance Department, leaving Colacurcio to take over the DPW.

Additionally, Armando Alvarez, an ally of Roque, had his appointment to the parking authority board voted down.

Since then, Cirillo, Guzman and Rodriguez have come out in support of DeGise’s re-election.