Jersey City Councilwoman-at-Large Joyce Watterman says that she’s “humbled by the position itself” in regard to being poised to be the next council president, with a celebration already planned even though the vote isn’t until Thursday. 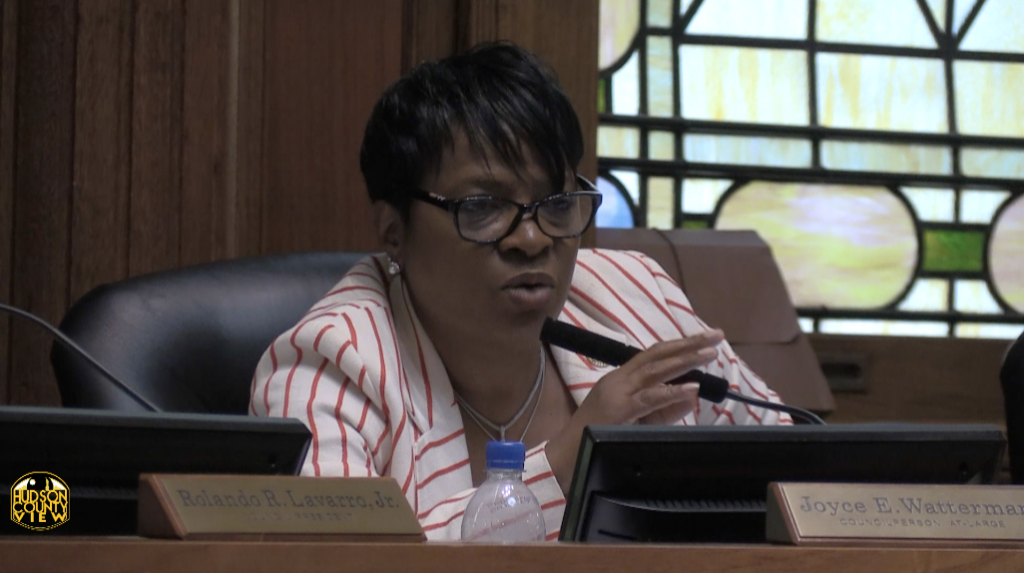 “Iâ€™m humbled by the position itself and hopefully in the new year we can all work together. If we work together, we can solve some of the problems this city faces … The skill set and diversity they bring to the table is a plus to us,” Watterman told HCV over the phone.

A co-chair of the council’s special committee for new rent control legislation, Watterman added that introducing a fair rent control ordinance and working on affordable housing is high on her priority list in 2020.

“Hopefully in 2020 we have something that can help the whole community,” she noted.

Although the vote isn’t until Thursday at 10 a.m., a party is already planned to celebrate what would be a historic appointment: a black woman has never led the Jersey City council before.

As of today, The Light Rail Cafe, in an event hosted by Ward A Councilwoman Denise Ridley and the Hudson County Democratic Organization Black Caucus, plans to honor Watterman Thursday at 6 p.m.

Current Council President Rolando Lavarro has sat in the leadership role since July 2013 and was re-appointed to the post in 2016 and 2018 – the latter when many expected Watterman to assume the role though that never came to fruition.

This time around, Lavarro was clear that he won’t be seeking another term and will be backing Watterman.

â€œI believe she can negotiate with the administration on their agenda, while fairly representing the position of every member of the city council,â€ Lavarro said.

â€œFor my part, I will support and empower her when she is doing that.”

Other electeds have said that they will not challenge or oppose Watterman’s nomination.